Who is the World’s Best Kayaker?

Who do you think is the best kayaker on the planet as of July 2016?

OK, so ‘best’ is subjective. But I ask because we’re seeing a lot of interest in the kayaking community of late. You might chalk some of that off to Point Break and the Ozaki 8, of which the first ordeal was to navigate the most dangerous rapids on the planet (Inga Rapids on the Congo River), although purists may balk at that, and point to the growing kayak community over the past 20 years.

So, the question remains. Who do YOU think is the best kayaker on the planet? Let me explain my criteria; I’m looking for guys (or women) who consistently nail the toughest white water rapids on the planet. That means they routinely do Class 5 and even 6 rapids, with 5 being nuts and 6 being certifiable for a very long stay at a psychiatric institute.

All of the 5 kayakers we’ll review here qualify. My apologies if I’ve missed someone – I’m sure there are many world class kayakers out there who don’t put their stuff all over the internet. It’s just that these guys, well, they’re just so out there. Several have successfully done Inga Rapids, and Rafael Ortiz, well, he’s got something big up his sleeve… 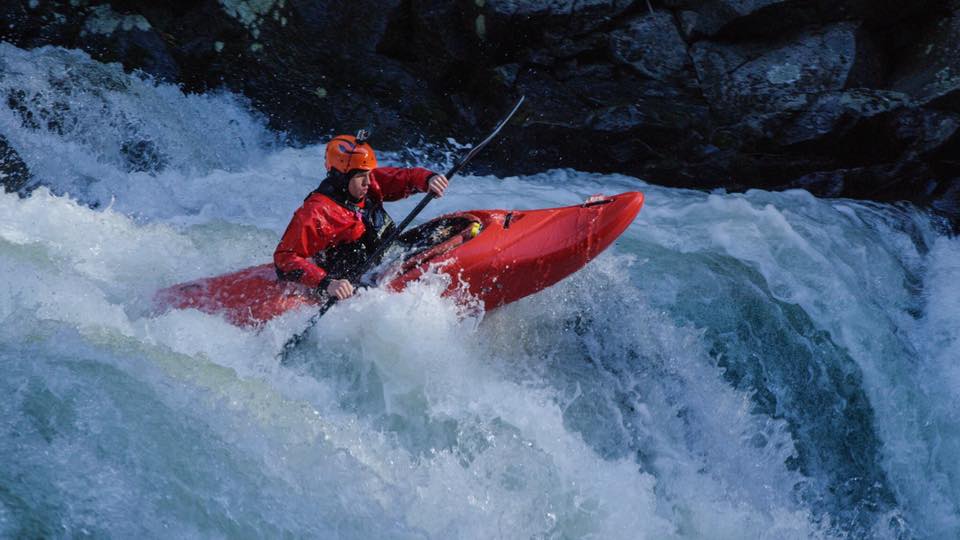 This dude is one mad kayaker. I first blogged about Evan Garcia back in 2012 when he dropped an 80 foot waterfall – I believe it was Metlako falls. Now he’s in a stunning new kayaking video with buds Ben Marr, Rush Sturges and Tyler Bradt (all of whom are on this list) that’s making waves online, called Little White From The Sky. It’s stunning.

Claim to Fame: He’s an elite kayaker and runs with arguably the best in the business. I could be wrong, but I think his 2009 waterfall drop was a world record for several years.

Watch This: Watch him do it here.

The current waterfall drop record holder. Like Garcia and Rush Sturges, Tyler Bradt is an American kayaker who cut his teeth on the west coast. He’s got some very nice notches on his kayaking bedpost too. In fact, if you twisted my arm, at present I’d probably say he’s the best kayaker on the planet – that’s no small feat when you consider who’s on this list.

Claim to Fame: Tyler Bradt is the current record holder for the highest waterfall drop ever, at Palouse Falls in Washington state, which at 186 feet (57 metres), is actually 17 feet higher than Niagara Falls. He’s also done Inga Rapids – yes, you can accurately say he’s done an ordeal from the Ozaki 8 – and frankly, at this point he’s probably lost count of the Class 5 rapids he’s got under his belt.

Watch This: See him do it, and witness history in the making, as he drops 10 storeys in his kayak in this video I wrote about back in 2012.

Talk to Him: Kayaker Tyler Bradt is on Facebook – chat with him here. 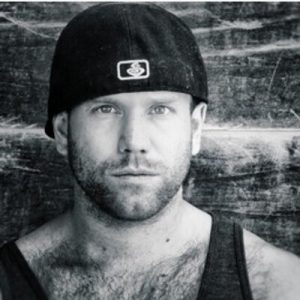 Rush Sturges is an elite kayaker and film maker. He’s responsible for some of the most impressive documentaries on the subject, including The Grand Inga Project and the current ‘Little White From the Sky’ that’s making rounds in the extreme sports community. He’s one serious kayaker too – and hot dang, he really knows how to handle a drainage ditch…

Claim To Fame: Inga Rapids. Little White Salmon river and other Class 5 rapids that he films himself slaying, and more impressively, a GoPro video of him and Ben Marr whipping through said drainage ditch (in Vancouver) last year at 72 km/hr, in a video that I dare you to watch without laughing.

Watch This: Try it – watch the video of Rush Sturges in a drainage ditch while drinking your morning coffee.

Canadian Ben Marr is never far behind Rush Sturges. He’s the other half of that awesome drainage ditch video you just watched (and if you haven’t, scroll up and watch it now), and a pretty darn good kayaker in his own right.

Claim to Fame: Inga rapids? Check. Little big white? Yup – and most of the other major class 5 rapids in between, though I haven’t seen him do a waterfall drop.

Watch This: See him and Sturges do Little White in 2014. 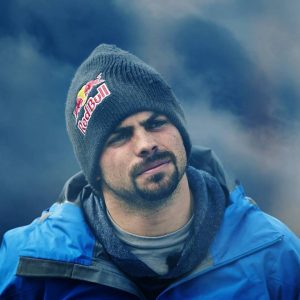 Mexican Rafael Ortiz thinks big. He’s best known for his kayak drops – he actually dropped Palouse Falls after Bradt, but was ejected on impact as he landed, and therefore is not known for tying the record.

Claim to Fame: Waterfalls dude. Ortiz has done Palouse Falls, and 130 foot Big Banana Falls in Mexico. He’s been dreaming of kayaking down Niagara Falls for several years now, and was the subject of a documentary film (made by Rush Sturges) called ‘Chasing Niagara’.

Watch This: A trailer for the movie, in which he talks about training for the day he becomes the first person to kayak down Niagara Falls and live to talk about it.

Talk to Him: Chat with Rafael Ortiz at his Facebook page.

The video you’re about to watch is Little Big White From the Sea, which I talked about earlier in the post. Made by Rush Sturges, it’s got every kayaker we’ve talked about on this list other that Rafael Ortiz. It’s stunning – pure and simple, and acts as a collection of the world’s best kayakers, in one spot at the same time. Enjoy!