Why Are Tigers Endangered? 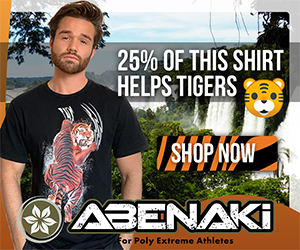 If you want to know why tigers are endangered it comes down to this: loss of habitat, trade in tiger parts, ancient folk lore and good old human greed.

It’s sad, really. Tigers are magnificent animals among the most spectacular creatures on the planet. Like great white sharks, they’re apex predators. They hide from no one or no animal, but they need space to do their thing. Combine that with the fact that natural tiger habitat is geographically in some of the most densely populated spots on the planet and that – well, they LOOK pretty darn cool too – and they’re gonna have problems.

So why am I blogging about tigers on an extreme sports website?

Abenaki is a brand for poly extreme athletes. We give a damn about this planet and those creatures vulnerable to human exploitation. I dare you to watch the video of a rescued circus tiger swimming for the first time and not shed a tear.

Let’s talk about tigers, and how we can help them in 2018 onward as they continue a perilous march to extinction. Yes, that’s a threat.

Why Tigers Are Endangered

Tigers once roamed most of southern Asia, from India to Indonesia. Their former range even extended from Eastern Europe to what is now South Korea. That range is now reduced drastically. Today, tigers are pretty much limited to India, Thailand, Laos, Cambodia and Indonesia, although a subspecies, the Siberian Tiger, still eaks out a small habitat in eastern Russia.

Tigers are endangered for a variety of reasons. Look closer, however, and it’s basically the following issues that have our favorite exotic cats in a dangerous place:

Habitat Loss – Tigers need water to drink, animals to hunt, vegetation for refuge and space to live. Agriculture, timber cutting, new roads, industry and enroachment of human development has a major impact on tiger habitat. India, home to about 60% of the world’s remaining tiger population, has seen its human population double in just 20 years. And 99% of China’s original forest habitat has been destroyed.

Trade in Tiger Parts – This is a big one. Tigers are pretty, yes? It seems people have felt that way for thousands of years, and seek out tiger parts as folk medicine and as a delicacy. Not unlike shark fin soup, tiger parts are a symbol of affluence in newly prosperous Asian countries. And don’t blame China exclusively; Japan, Taiwan, South Korea, the United Kingdom and – yes – even the United States fuel the trade in endangered tiger parts.

Money & Politics – Russian settlers virtually eradicated the Siberian tiger in the late 1800s as they poured in to eastern Russia and built the eastern Chinese railway. While Russia outlawed tiger hunting in 1952, many were poached in the early 1990s as the Soviet Union dissolved. A tiger skin can fetch 200,000 rubles – about four years’ salary for some Russians. Do the math and you can see why some estimates suggest 40% of the Siberian Tiger population vanished between 1990 and 1994. 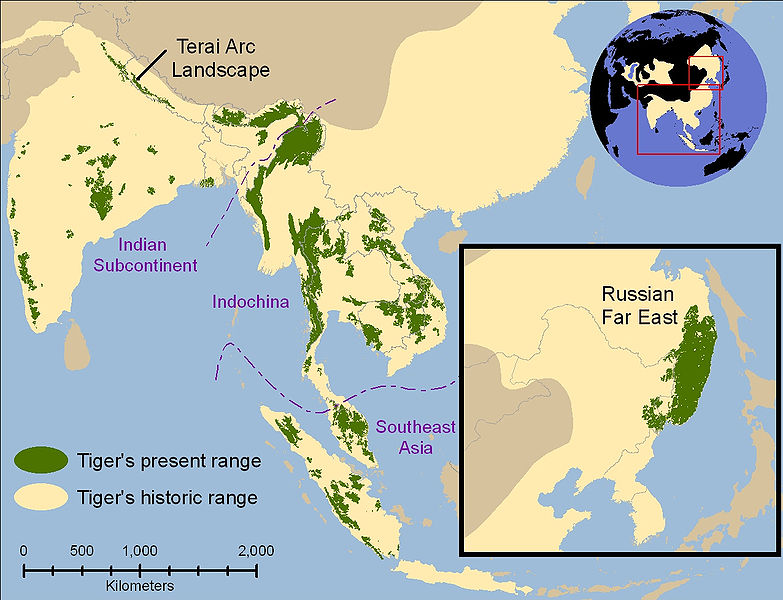 Tigers once roamed through most of Asia and even parts of Europe. Photo Source: Wikipedia.com

Now factor in corruption, lack of resources for wildlife conservation and the developing economies of the tiger’s traditional habitat, and you begin to see why tigers are endangered and likely won’t make it without our help.

How YOU Can Help Tigers

Tigers face an uphill battle if they’re to survive in their traditional habitat. They need strong protection of wildlife reserves, for one. Habitat protection will also be vital, along with alternative medicines to tiger parts and concrete enforcement to protect them from poaching.

This is likely beyond the ability of any one country. However…it IS likely possible as people change their attitudes about tigers and recognize that, with less than 4,000 tigers left in the wild, and one tiger killed every day for Chinese medicine, we need to THINK differently about these magnificent creatures.

You can help tigers by donating time and money to any of these tiger conservation programs. Go to their websites and get involved. They have the power to make a difference – and more importantly, so do you.

Save the Tiger Fund/Panthera – Panthera is a charitable organization dedicated to helping big cats and their habit. Its ‘Save the Tiger’ Fund does tiger conservation activities and helps allocate the technical and financial resources to help tigers bounce back. Their goal is to increase tiger numbers at ‘key sites’ across Asia by at least 50% in the next decade. 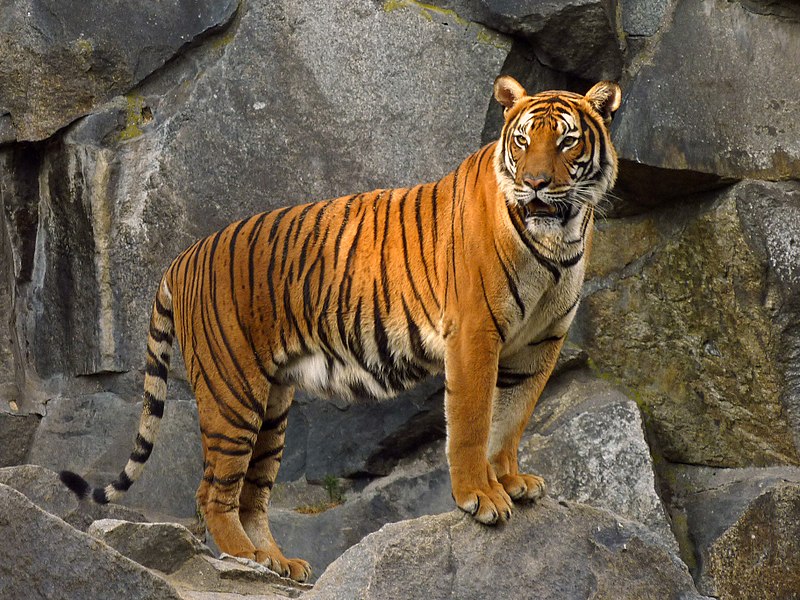 Wildlife Conservation Society – You can do a lot to help tigers with the Wildlife Conservation Society. Based at the Bronx Zoo in New York City, the WCS is particularly active helping tigers. Among their achievements, tiger populations have increased by 50% at a key site in Thailand. Over 75% of all peer-reviewed published tiger research has been done by WCS scientists.

World Wildlife Foundation – The World Wildlife Foundation is a heavyweight in wildlife conservation. Their work with tigers is no exception. WWF helps protect and connect tiger habitat, along with tracking individual tigers and building the political will to help save them. They also help fight the trade of  tiger parts. You can Adopt a Tiger and help them in the process – tiger conservation doesn’t get much easier than that!

Big Cat Rescue – Tigers face threats in the United States too. That’s a little cruel considering they’re not even native to the continent, but that’s what they face – tigers have been kept (and abused) in circuses and among private collectors, among other places, all within (but not limited to) the United States. Big Cat Rescue is a wildlife sanctuary in Tampa, Florida and a second chance for many big cats, with tigers among them. Their mission is to rescue and care for abandoned and abused big cats – some of which you can visit on their popular park tours.

In short, tigers are endangered because of human activity. The following is a heart-breaking gut-check that tigers have been killed and abused for decades in the wild and in other sad circumstances. To see a tiger in a circus is a sad commentary of the human condition. But it’s encouraging too – attitudes are changing about tigers and our need to save them. While a tear-jerker video, the ending is happy. It’s now up to you and I to step up and get involved.