Where is Fire in The Ozaki 8?

Look closer at The Ozaki 8 and you’ll find a series of eight ordeals that pay tribute to the forces of nature. There’s Earth, Water, Wind, Ice, the Sky, Mountains and two additional ordeals that make it a pretty nifty achievement to complete the ordeals of The Ozaki Eight.

Indeed, most of the bases are covered. Yet if you look closer, there’s a basic element missing in The Ozaki 8 as presented in the film. And when you consider it’s one of the four most basic forces of Earth, it’s made me scratch my head a little…

The Ozaki 8 Isn’t All That Hot…

OK, so maybe I’m being a little nitpicky. But come on – water and fire are the two most basic elements that shaped this planet right? So where’s the fire? Why isn’t it there, and even more importantly, how could an extreme athlete pay tribute to this most basic force of nature and the planet it helped (and continues to) create?

I have two theories why there was no ordeal to Fire performed in the film. First, it was a basic time issue. With eight ordeals to cover, the producers simply didn’t have time to cover them all. Of the Ozaki 8 ordeals, only the first two were not shown on film. Maybe another trial was simply too much. 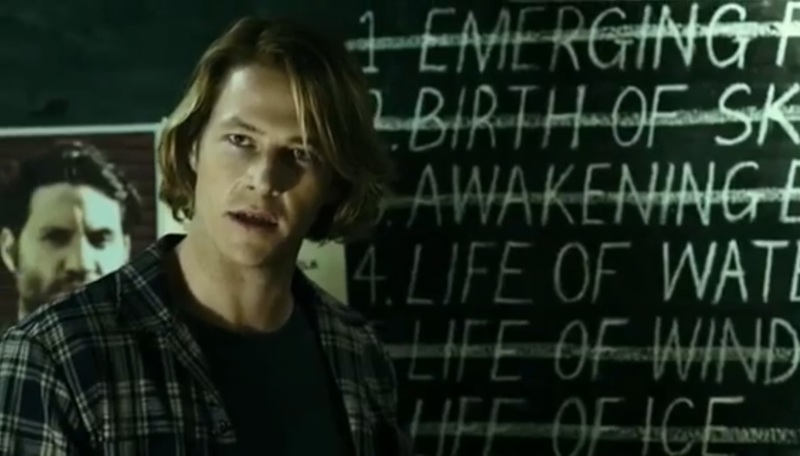 The Ozaki Eight tributes to nature are not complete without fire.

My second theory is probably the more likely scenario: just how do you film an extreme sports scene in which athletes ‘become one’ with fire and NOT get killed? The other forces are relatively straightforward, like snowboarding for Ice and surfing for Life of Water, and indeed the writer of Point Break, Kurt Wimmer came up with an ingenious twist to Awakening Earth, Master of Six Lives and the final act (or so we thought), Act of Ultimate Trust.

A Trial By Fire

So the question remains, assuming you want to go there – and I do. How could Fire theoretically have been worked into The Ozaki 8?

I’ve got several ideas, though I don’t know how realistic they’d be. The first would be some kind of a fire walking ordeal. This is actually a common ritual by many cultures around the world, although it’s not exactly Point Break material – unless they could figure a way to make it look stupidly awesome.

The second is probably more befitting of The Ozaki 8; I’m thinking something with a volcano. Italian BASE jumper Roberta Mancino pulled a relevant stunt, ironically, earlier this month, in which she did a wingsuit flight across an active volcano in Chile. See the video below for your gratuitous viewing pleasure.

I was thinking a full-on BASE jump INSIDE a spewing volcano, or something that puts the athlete in direct contact with lava, but I’m probably thinking like a 5 year-old at the moment.

What do you think: how could fire be part of The Ozaki 8?