I’d be remiss in talking about haunted places in Canada without speaking of the Ottawa Jail Hostel. You may have heard rumours over the years that not all guests at the popular Ottawa hostel ever checked out. I subscribe to that theory – in July 2013, I stayed in the former ‘Solitary’ section of the former jail, on a hot night on the fifth floor.

Before drifting off, something highly unusual happened at the foot of my bed. I’m not the heebie jeebie type, but in this case I’ll come out and say it. Something ‘ghostly’ lives within the formidable walls of the Ottawa Jail Hostel.

So what (or who?) is so miserable to have not departed since the building’s days as the Carleton County Gaol (or the Nicholas Street Gaol), a site of misery and executions. While I didn’t know it at the time, most ‘evidence’ suggests the most commonly encountered ghost here is Patrick J. Whelan – an Irish-Canadian man executed at the jail in February of 1869.

It would appear Mr. Whelan has yet to move on, and sees fit to remind guests they’re in his company.

Patrick Whelan was an Irish/Canadian accused and convicted of killing politician Thomas D’Arcy McGee in 1868. The latter man played an important role in Canadian confederation but was assassinated by Irish sympathizers angry at his support for British rule. 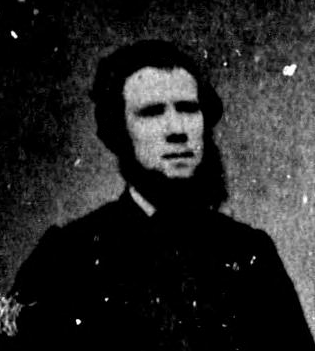 This is the only known picture of Patrick J Whelan, who was killed in the Ottawa Jail Hostel, and is rumoured to appear at the foot of guest beds in some rooms within the building.

Thomas D’Arcy McGee Building on Sparks Street in Ottawa is named after him and is located near the building where he was killed.

There is speculation that Patrick Whelan was a fall guy, and may not have pulled the trigger. He was tried regardless, and convicted on September 15 of that year. From there he was relegated to what is now the Ottawa Jail Hostel, where he spent the last 5 months of his life before his death by hanging on February 11, 1869.

About 5,000 people witnessed his death at the gallows, located at the rear of the building.

Although he checked out physically that day, many people will tell you Patrick Whelan still lives in the hostel. Staff and guests both report seeing the man at the foot of guest beds and in his death row cell. And that leads quite nicely into a strange experience I had at the Ottawa Jail Hostel on a hot summer night four years ago that, looking back, has no logical explanation.

I stayed at the Ottawa Jail Hostel for one night, on July 5, 2013, before catching an early morning flight from Ottawa to British Columbia the next morning.

The room was very hot, and stagnant. it was a 4 person dorm, called ‘Solitary Confinement’ which alludes to its previous life – something I hadn’t really thought about before this happened.

I’d paid to have the room to myself (ever been stuck in a hostel with snoring room mates? Exactly!)

Anyway, it was about 8PM and I went to bed early, because I was going to wake at 3AM the  next morning to catch my flight. The drapes were closed, and the fan (installed on the window frame) was on maximum. I had my feet on the metal frame at the end of the bed. My feet had warmed the metal bar they were resting on.

I was dozing off, lulled to the whirring sound of the fan on its maximum setting. 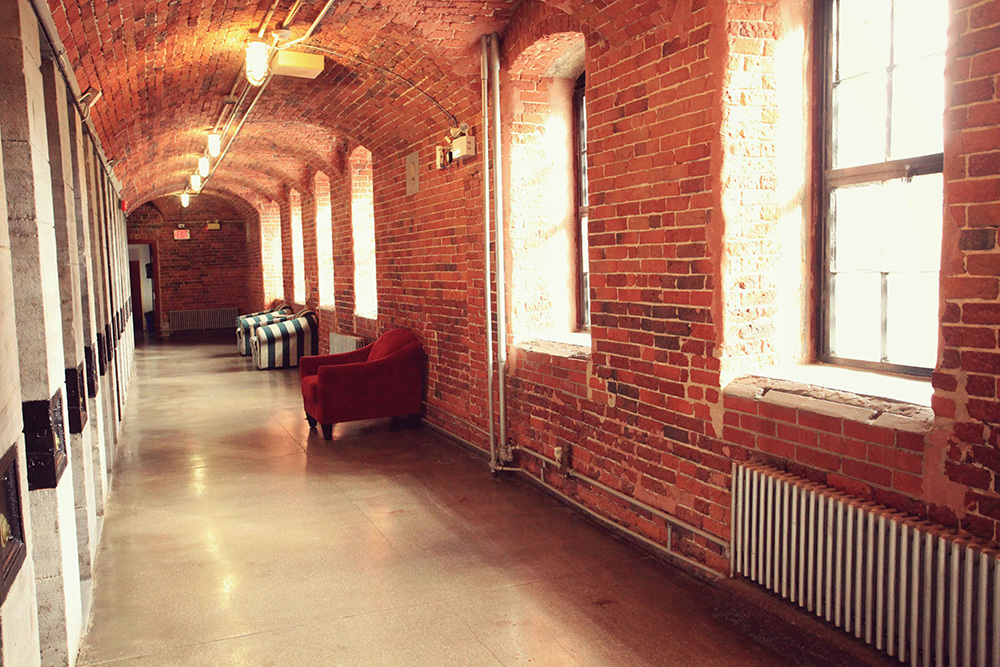 The HI Jail Hostel in Ottawa. Could you spend the night alone in a cell that used to be death row? Photo Source: http://hihostels.ca/en/destinations/ontario/hi-ottawa

Moments before I fell asleep, the fan switched from ‘full-blast’ to low. The metal bar supporting my feet went instantly cold. Then, the strangest part – there were two ‘taps’ beside my feet.

After that, the bar was warm again, and the fan went back to blowing at maximum capacity. I hadn’t thought about it until that moment, but I remember briefly thinking “Oh, that must be the ghost,” before drifting off for my all-to-short rest.

The next morning, I showered, and went down to check out in the lobby. In passing, I mentioned to the receptionist what happened, and looked at him for answers.

His response was this:

“What room were you in?”

Him: “Yeah…*GRIN* I’m not surprised. You should try working the late shift here.”

Incidentally, the Ottawa Jail Hostel used to run a rather ominous, albeit fun promotion. Their offer: spend one night alone on the former death row and your stay was free.

No one ever completed the challenge.

They’ve since finished that eerie promotion, but the Ottawa Jail Hostel remains a favorite destination for ghost hunters and backpackers looking for a unique, sometimes ‘otherworldly’ encounter when they shack up in Ottawa. And for that, it’s hard to beat the former Carleton County Gaol – now the Ottawa Jail Hostel, and the many untold stories that keep unravelling in the old grey building on Nicholas Street.