A new whale shark riding video has ruffled a few feathers this past week.

It’s one of several videos we’ve seen of whale shark riding over the past few years. This most recent incident took place in early July and shows an Iranian fisherman riding a whale shark in the Persian Gulf for about 20 metres. The animal then dives, presumably to shake its uninvited rider.

But the man swims back to the shark and gets on its back again. Near the end of the video, his friend jumps on the shark’s head.

The video was uploaded to Rahmat Hosseini’s Instagram account – believed to be the first man in the video, which was uploaded on July 5 and is just now triggering international attention after coverage by Global News and France24.

The video was shot off the coast of Bushire, Iran.

An Iranian researcher in paleoceanography told France24 that touching the whale shark was generally “not good for its health”. Like the whale watching industry in the Pacific Northwest, there are rules that govern how boats approach whale sharks in the area. Among them, stay at least 13 feet away from a whale shark.

And, of course, don’t touch one should the chance arise.

“Even though the man did not want to hurt the animal, it could have caused a stressful situation that disorientated it and that is not good for its health,” she said. 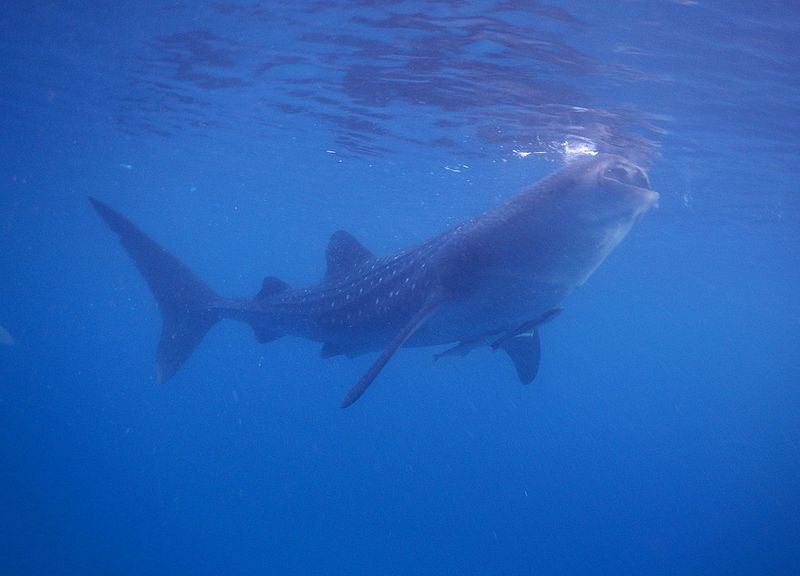 In his defense, Hosseini posted a video of the healthy whale shark – which did not appear to be injured – on Instagram after the first video went viral. He then wrote:

“We love whales, and we never want to hurt them. We are fishermen, and whenever a whale or a dolphin is stuck in our nets, we tear our nets, even if they cost [money to replace them].”

Whale sharks are quite friendly, and typically show no fear of humans. That has, at times, caused unfortunate interactions, including a well-publicized incident in which two boaters shot a whale shark riding video in Venezuela that sparked much anger.

Fortunately, humans and whale sharks also have the ability to come together in a positive manner, like this stunning video of a whale shark seeking out jet ski instructor Francesco Mercuri in 2015.

The difference between her video and this most recent encounter? Respect and common sense. The whale shark approached Mercuri. She touched it – yes – but gave it plenty of distance otherwise, and showed restraint where other folks might not.