By now you’ve heard the sad news that the BASE jumping community lost another legend this week. Valery Rozov died on Saturday, November 11, 2017, in Nepal, while jumping from Ama Dablam – a 22,349 foot peak in the Everest vicinity.

You’re familiar with Valery Rozov if you’ve spent any time on this website. Back in 2013, I wrote about his record-setting BASE jump off Mt. Everest. That record stands as of November 2017.

And yes, going by the Point Break definition, he is the only person in history to complete Birth of Sky from the Ozaki 8.

The jump, at 23,687 feet, was officially the highest BASE jump in history. It’s no coincidence the only person to eclipse that height was himself, with this jump in 2015 (see below) – a 25,262 foot jump off Mt. Cho Oyu, in the Himalayas.

2009 – Rozov skydives from a helicopter in to a live volcano on Kamtchatka peninsula in his home country of Russia.

2013 – Rozov BASE jumps Mt. Everest, age 48, becoming the first person to BASE jump the tallest point on Earth. No one has done it since.

2015 – Rozov jumps Mt. Cho Oyu, in the Everest region, and sets yet another record for highest BASE jump. The record stands as of November 2017.

2015 – Rozov jumps Mt. Kilimanjaro in Tanzania. True to form, he’s the first BASE jumper to do it. Also true to form, the Russian daredevil was 50 years old when he did it.

Plus, he did a neat little jig at the end. 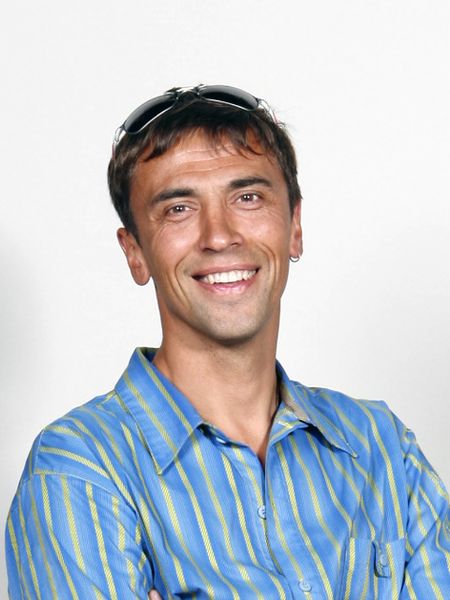 Valery Rozov was an accomplished extreme athlete. He was crowned ‘Skysurfing Champ’ at the 1998 X Games, in which he did tricks mid-flight while skydiving. Yet he was most renowned for his BASE jumping wingsuit flights, which he started in 2000, and which got more daring once his sponsor, Red Bull, offered to pick up the tab.

According to Red Bull, his goal was to BASE jump from the highest point on every continent in the aptly-named Seven Summits project. He had just two remaining at the time of his passing – Australia and North America.

He made well over 10,000 BASE jumps and became a legend in the process.

In a way, it’s remarkable he made it to age 52, given the risks he took, and considering that roughly one in 60 BASE jumps results in death. Still, it’s sad to say goodbye to this BASE jumping pioneer, like others we’ve lost recently, including Graham Dickinson, Alexander Polli, Ian Flanders, Rob Stewart and the late Dean Potter.

All of whom left far too soon, but left a mark while they were here and lived with intensity most of us will never comprehend.

Rest in Peace Valery Rozov. Russian daredevil, BASE jumper, wingsuit flier – and inspiration for all of us to climb high and fly with grace.