Top Snowboard Brands to Watch in 2018

Snowboarding is an interesting niche. It’s much smaller than the skiing demographic. But guys (and ladies) that take up this wintry pastime have a very specific subculture. And at its center are snowboard brands, which, true to the sport, tend to be much smaller than ski manufacturers. They tend to be domestic too – at least within Canada and the United States.

And they’re likely to fight to stay true to their roots.

At times, there have been ‘issues’ between skiers and snowboarders. That conflict has been noted by followers of snowboard brands – when the sport’s popularity peaked in the late 1990s and early 2000s, ski companies like Rossignol and Salomon moved in to stake their claim.

While the latter two ski makers tend to make very good skis, gear and, yes, we’ll say it – they make good snowboards – to put a billion dollar corporation on any list of best snowboard brands is like walking into Madison Square Garden in an Islanders jersey.

You just don’t do it.

These are the snowboard brands to watch in 2018. Yes, I know Nike and Adidas make snowboarding gear, but that’s the point – it’s Nike and Adidas. Jake Burton (and several others pioneered) the sport back in the 1970s and they’re still around and putting out snowboards like no one’s business.

These are the brands that contribute to the sport, bring new ideas, and command the loyalty of folks on the slopes. By the way, twist my arm and I’ll go on record to say CAPiTA is my favorite. 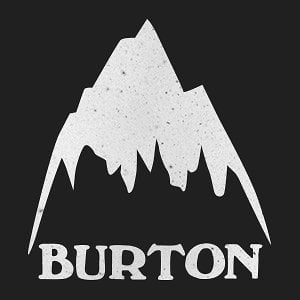 Burton is the quintessential snowboard brand. We can’t talk about snowboarding without it – founder Jake Burton helped create the sport in the late 1970s based on an early board design, called the Snurfer. Burton liked the idea, but didn’t see it being practical, so he added bindings and an coat of polyurethane to reduce friction.

You could accurately say Jake Burton invented the sport.

What They Bring: Burton Snowboards is now the largest snowboarding company on the planet. And they’d stayed on top, with the most advanced board designs in the business. They also sponsor some of the best riders out there, including Shaun White, Mark McMorris and Kelly Clark.

Rumour has it Jake Burton may retire in the near future. I’d buy him a beer any day.

Arbor Snowboards is one of the more eco-friendly snowboard companies. Like Burton, they’ve been around the block, having build snowboards and related equipment (they make skateboards as well). Ask your average rider for a list of the best snowboard brands and Arbor will make an appearance at some point. That’s in large part thanks to their commitment to ride performance and with art that reinforces their eco-tinted background.

What They Bring: One of the most eco-friendly snowboard brands in the community. Arbor’s ‘Power Ply’ technology uses sustainably sourced wood and bamboo to make snowboards that pack performance and wood-inspired designs to match.

CAPiTA is another maker of sustainable snowboards. They’re the first of several snowboard brands based in Washington State. Like the first two companies we’ve talked about, the CAPiTA board is continuously refined for the latest design and performance. So what makes them different? CAPiTA’s energy – these fuckers are ‘out there’ and whatever they’re smoking, I truly want some.

What They Bring: I can’t help but think a little doobage was involved with the creative process here. Let me translate that – I think someone smoked a lot of bud before they designed CAPiTA’s current boards. Let me also clarify I mean that as the highest compliment. Granted, I’m a bit of a space case, but I think CAPiTA has the best-looking boards of any brand on this list.

Seriously, check out their site – you’ll be greeted by an alien. 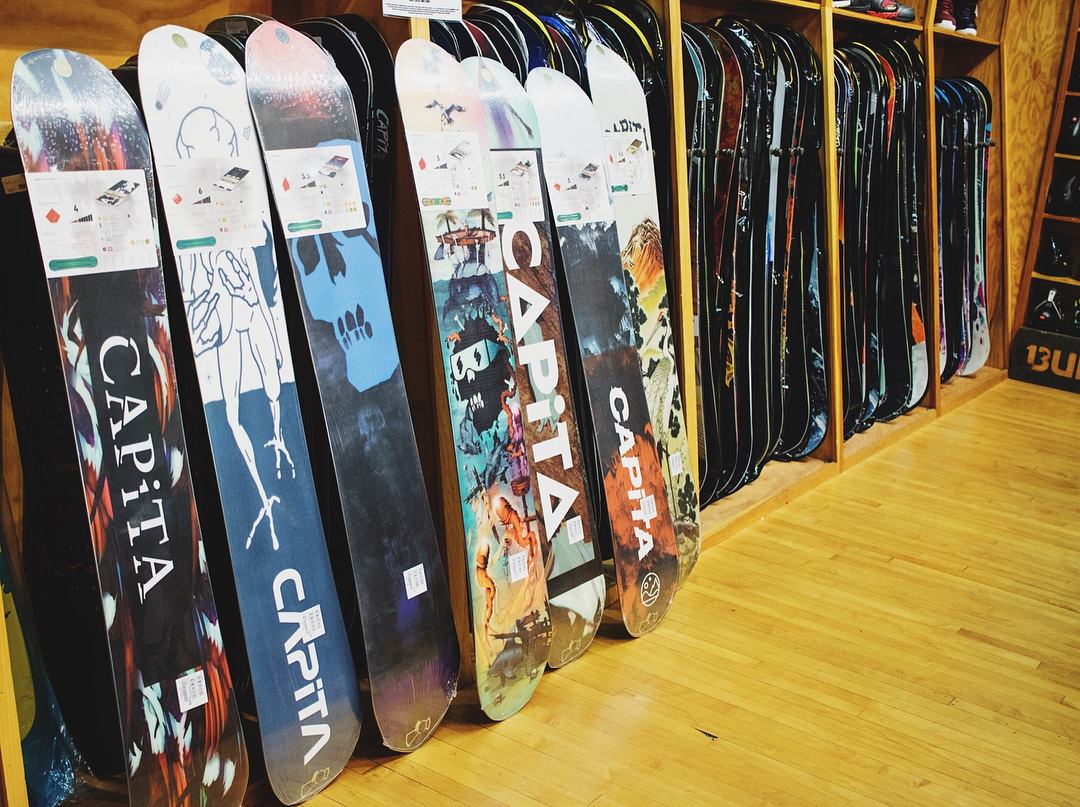 Capita Snowboards have some of the wildest designs in the snowboarding community. Photo Source: Facebook.com

Rome Snowboard Design Syndicate (now there’s a brand you don’t want to mess with) has made boards since 2001. They’ve been one of the more prominent brands in snowboard subculture since that time. Today Rome SDS snowboards are known for their technical and durable construction. Cool graphics too, but sadly, no aliens 🙁 .

What They Bring: Rome SDS’s boards, the Agent and Artifact, are some of the most iconic boards in snowboarding history. They’re also committed to the sport, and don’t make ski equipment – unlike some companies that try to do both.

Ride Snowboard Company offers everything we’ve talked about so far on this list (minus that whole CAPiTA alien thing). They make highly technical designs with minimal packaging and biodegradable wax, among other details that put them among the more sustainable of snowboard brands. Bonus points – they’re based in Seattle.

What They Bring: Ride’s Membrain top sheet technology has helped the brand’s reputation as makers of premium snowboards. They’re also one of the bigger companies we’ve talked about, and make boards, boots, bindings and technical outerwear.

Let’s see how GNU Snowboards fares on our list of top snowboard brand prerequisites. Hand-crafted? Check. Based in Seattle? Check. ‘Progressive’ designs? Yup – and they’ll likely bitch-slap you upside the head for not taking out your recycling. GNU loves the business, they love mother nature, and they really love dreaming up designs that make you look twice and go, WTF?

What They Bring: While most of these brands are at least eco-friendly, it pretty much comes down to a slugfest between Arbor and GNU. These guys live for the board and have since the brand was established in 1977.

Never Summer has a fiercely loyal following. Just try to tell a diehard shred rat that Rossignol belongs on a list of best board makers and Never Summer does not (The-House tried that once – I doubt they’ll do it again). Here’s why they love Never Summer: Board quality. Now add detail, craftsmanship, and a devout following who simply refuse to ride anything else.

What They Bring: Durability. That could be owing to the company’s location in Colorado rather than temperate Seattle, or the fact they’ve been making them since 1983. Choose your reason, we can’t talk about the best snowboard brands without Never Summer, their boards, quality, and the athletes who puke when you say the word “Corporate”.

POWDERS!!! Who likes the way turns like this feel? @mammothmountain has been getting dumped on and @thelittlematt has been going left and right. 🎥🔥: @kevinwestenbarger #neversummer #shaperseries #tapertwin #california #snowboarding