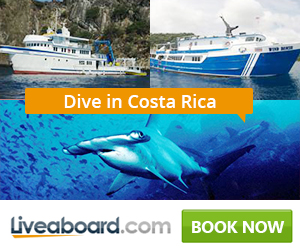 You’re going stir crazy and Shark Week is just around the corner. Hence, these are the top 5 shark trips to take after COVID-19.

‘Shark Trips’ are exactly as they sound. No, I’m not referring to that episode of that annual week come summer with your favorite apex predators. I’m talking about shark trips – as in, you travel, you go in the water, you see sharks. Sound good? Cool, so let’s get at’er.

Actually wait, let’s do something better. Let’s rank these shark trips and start our own list. You wanna see sharks, but there are tons of options out there. So, we’re gonna do something totally, like, never done before and rank them by the ‘epic’ factor. The criteria? I’ve spent way, way too long blogging about shark diving and hope I qualify for knowing a thing or two about, well, where to dive with sharks and getting closer than the average dude should ever get.

Full disclosure: these are affiliate links, and if you book a tour through them, I’ll get a commission at no additional cost to you. Any guesses what I’ll do with it? I’ll see you on the boat very soon!

And if you want to see that third shark that captures the imagination, well that’s the Tiger Shark, and the ambitiously named Tiger Beach in the Bahamas is arguably the best place to see them if you live in North America.

I’ll admit, Tiger Beach is a little controversial. It’s not a ‘beginners’ shark dive and you may need your Open Water certificate. At Tiger Beach, you’ll sit on the ocean floor as your dive masters attract Tiger Sharks with food.

Try This: Bahamas Master – a liveaboard dive boat that does shark trips to Tiger Beach. Book well in advance. It’s almost booked up for the season. Yup, really.

From apex sharks to the docile kind, whale shark diving in the Maldives is way up there on the Epic Scale of shark trips. South Ari Atoll is one of the best places on Earth to see Whale Sharks.

There are many atolls in the Maldives, but South Ari in particular is fascinating if you’re a shark lover. Juvenile whale sharks seem to congregate here annually, on one side of the atoll from January to April, then the other side for the rest of the year.

It’s like high school for Whale Sharks, and if you want to swim with these gentle giants, a trip to South Ari Atoll in the Maldives should be high on your list of things to do when it’s safe to travel again!

When: January to April (East Side), May to December (West Side)

Try This: Emperor Virgo – a Maldives dive boat that specializes in shark trips.

This one’s awesome, especially if you’ve ever wanted to see Hammerhead Sharks. You’ve got to put a little time in to get to Cocos Island, as it’s about 550KM off the coast of Costa Rica.

So what happens if you’re willing to put in the 36 hours just to get to Cocos Island?

Something magical. Cocos Island is one of the few places on Earth where you can see hundreds of Hammerhead Sharks. It is truly a magnificent sight – one where seeing a school of sharks is a good possibility. This is one of the last remaining strongholds for Hammerhead sharks, including the rare Squat Hammerhead.

You might also see Tiger Sharks, Whale Sharks and Giant Mantas here. The possibilities for shark-spotting are plenty at Cocos Island.

When: June to November. Rainy season is generally the best time to see Hammerhead sharks at Cocos Island.

How Much: $7,500+. You’re going to pay a little more for this experience because you’re on the boat longer than if you do liveaboard diving in the Caribbean.

Try This: Okeanos Aggressor – one of the famed Aggressor fleet. It’s a 33m liveaboard dive yacht that can get you there and back in comfort and even a little luxury.

OK shark fans. We can’t talk about shark trips without Great White Sharks. And while this may not be an option if you’re in Canada or the United States, you’re a very lucky individual if you want to see Great White Sharks in Australia.

For that, you’ll want to check out Port Lincoln shark diving, which does (typically) day charters from Port Lincoln in South Australia, in which you’ll take the 2 1/2 hour boat ride from port to the Neptune Islands.

Along with Guadalupe Island and shark diving in Cape Town, this is one of the world’s three hot spots for seeing Great White Sharks, and, I’ll argue, the second-best.

When: April to June and September to January is the best time to see White Sharks at the Neptune Islands.

How Long: 1+ Days. You can see Great White Sharks as a day trip from Port Lincoln. You can also customize your trip to spend one or several nights on the boat, or as part of a two+ day tour, which is what I would suggest because there is a lot to see in this beautiful corner of Australia.

Try This: Adventure Bay Charters – a shark cage diving operation at the Neptune Islands with a ‘Shark Aqua Sub’ in which you can literally have breakfast while Great White Sharks swim up to you. Pretty neat.

With over a hundred feet of visibility on a good day, and a devoted group of White Sharks that always seem to show up each Autumn, it’s no surprise that Guadalupe Shark Diving is the best of all shark trips we’ve talked about. You’ve seen Guadalupe Island on Shark Week many times – it’s a volcanic island about 260 miles south of San Diego and 150 miles off the coast of Baja California.

Guadalupe is in Mexican waters and, simply put, it is the best place to see Great White Sharks on the planet. This is why:

If you’re interested in shark cage diving in California, your options are as follows:

San Francisco – Shark viewing/optional cage diving with White Sharks at the Farallon Islands. This is a day trip and it’s about $900+. You’ll get one or two dives if you go in the cage.

San Diego – Shark cage diving at Guadalupe Island. The boat leaves from either San Diego or Ensenada and you live on and dive from the boat over the next 5+ days. You’ll get at least 10 cage dives, and potentially many more.

This is, simply put, the best place on Earth to see Great White Sharks. Now factor in the relatively affordable charter cost and this is the best of all shark trips in my admittedly not-so-humble opinion. Here’s me diving at Isla De Guadalupe way back in 2007!

When: August – December. Juveniles are usually the first to arrive at Guadalupe (August-September). The bigger sharks tend to show up a little later, although the seas can be choppier near the end of the season. October seems to be the sweet spot for sharks and calm seas at Guadalupe Island.

How Much: $3,800+. The more you pay, the longer you’ll stay – and the more luxury comes with it as well. Speaking from experience, the base $3,800 trip is perfectly fine.

Try This: MV Horizon – one of the first shark diving boats at Guadalupe and a regular on Shark Week each year. It’s a good boat for first time shark divers and a little easier on the wallet if you’re on a budget.

Can I Cancel These Shark Trips Due to COVID-19?

Each of the shark trips listed here other than Neptunes Island is through Liveaboard.com. Their cancelation policy at present is this:

You can cancel any new booking made until July 30, 2020, for any liveaboard dive trip from July 1, 2020 to December 31, 2021, if a government travel ban prevents you from getting to or from your destination.

If you cancel, you can get a full refund up to 30 days before your departure date. Or, you can move your trip to another date up to 24 months from your original booking. You will not be charged a rebooking fee.

Also, other than Tiger Beach, these shark trips probably don’t require SCUBA-certification, but confirm this with each operator.

But be sure you do. COVID-19 is a buzzkill at best and a full-blown crisis at its worst. We’re in dark times, and it’s always good to look forward to something.

If you’ve ever wanted to swim with sharks, these shark trips may help get you back on track during this dark time in our world’s history.