The Summer Solstice is the first day of summer. It’s the longest day of the year and typically falls between June 20-22. This year it’s June 20 – that’s when us folks in the Northern hemisphere are furthest away from the Sun as we’ll get all year. Hence the long, hot days of summer. And with it, Summer Solstice Celebrations, which grow in popularity by the year.

The ancients believed the summer solstice was a window – a brief moment when the divide between the living and spirit worlds were close enough that we could give a shout out to the otherworldly and they’d hear it. Whether you’re into that hoodoo or simply like to see it in action, you’ll likely have a blast if you join folks at some of these popular summer solstice celebrations across the globe:

This is the place to ring in the first lights of summer. Our most current understanding suggests Stonehenge was built for this precise reason some 3,000 years ago by Druids of the region. While the monument is fenced off throughout the year, it’s accessible this year from Saturday,  June 20 at 7PM to Sunday,  June 21 around 8AM, during which you can chant, do yoga, dance, sing and just tune in to the Universe, like some 37,000 revellers did last year.

How to Get There: If you’re already in southern England, organizers ask you take public transport. A local bus company, Wilts & Dorset, will run a bus service from Salisbury train and bus stations to Stonehenge during the Solstice. You’ll have plenty of company, but leave the Pills at home – the place is swarming with cops.

The 200,000 folks of Reykjavik will find any excuse to have a party and this may be one of the more debaucherous of the bunch. Folks have been lighting it up here since those horned dudes called Vikings, and it’s only gotten better with time. To say it’s a party is an understatement – it’s pretty much accepted here that you’re not leaving the bar on the Summer Solstice until well after 5AM. 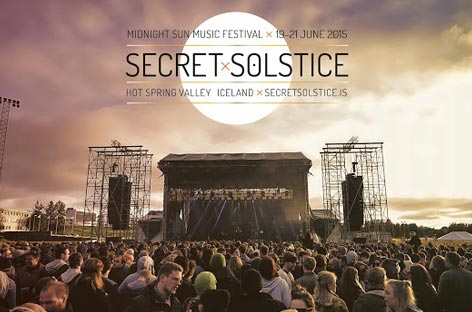 How to Get There: You need to get to Iceland. This year, you’ll want to time it with the Midnight Sun Music Festival, which runs from June 19-21. That’s pretty short notice for this year, but consider it for 2016, or if you’re really committed to making this happen, buy your tickets here.

To be the first head to Maine. To party, go to Anchorage, Alaska. While Mars Hill is conventionally the first place to see summer light in the continental US, Anchorage simply basks in the fact that it’s light 22 hours a day at this time of year. Forget about sleep – whip out the lumberjacks for a good chainsaw contest. Catch a jazz festival, check out Alaskan cuisine with the city’s many food trucks and party with the Rage City Roller Girls.

Welcome to the Anchorage Summer Solstice Festival – arguably the best in North America.

How to Get There: The quickest and easiest way to get here is by air. If you’re on the west coast of North America, you can catch an Alaska State Ferry from Bellingham, Washington directly to Anchorage. Or if you’re a real glutton for punishment, try the Alaskan Highway. It’s a slog, to say the least, but memorable, and a true feather in your cap if you pull it off.

Canadians have a rich history of summer solstice celebration. One of the biggest, and certainly most exciting is in Toronto. It’s called The Junction Summer Solstice Festival and is everything you’d expect for a solstice celebration in the Great White North – art, music, food and a whole lot of folks looking to wander by day and party well into the long summer evening.

How to Get There: It’s Toronto, young man. You’re best to fly there, unless you’re close enough to drive. Go to Dundas Street West. The events are free and last from noon to midnight on June 20th of this year.