Ask any surfer (or wannabe) back in 2000 what the best surf brands were at the time and you’d likely get four answers: Quiksilver, O’Neill, Billabong and RipCurl. You might throw Town & Country Surf in there too for good measure, although they never got over the loss of their T&C Surf characters by Steve Nazar and it always seemed to come back to those four pillars of surf culture and the corporate sponsorships they liberally doled out.

The rivalry between Quiksilver and Billabong was especially heated. Both companies started in Australia in the late 1960s/early ’70s. While Quiksilver would later move its headquarters to the United States, Billabong stayed Down Under. Both would go on to lend their weight behind surfing heavyweights of the day. Quiksilver sponsored Kelly Slater while Billabong had Andy Irons.

So it’s kind of like Batman joining the Avengers when you ponder today’s announcement that Quiksilver just bought its perennial rival. And just as notable, is surfwear still cool or down for the count?

Look closer at the deal and it’s really no surprise. Both brands peaked in popularity in the early 2000s, when UGG boots were cool and surfers wore board shorts. And, well, they didn’t always surf.

Both companies would go on to make some regrettable decisions. Quiksilver bought French ski-maker Rossignol for $560 million in 2005 and got just $37.75 million for it three years later (OUCH!). And Billabong? They went on their own shopping spree, snatching up Element and Honolua – the latter of which bit them in the behind and added to a variety of decisions that weighed down the company. 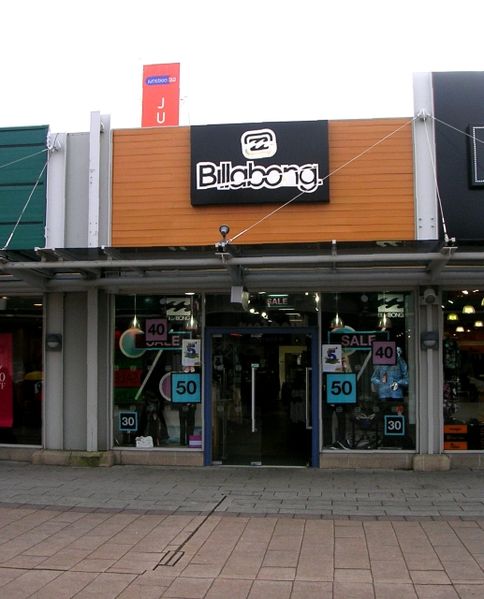 The intention was obvious. Billabong and Quiksilver both eyed expansion in board sports like snowboarding and skateboards. They opened retail locations too, by the boatload. While both of these legendary surf titans were public companies at one point, neither were profitable as of 2015.

Quiksilver declared bankruptcy in that year and delisted from the stock market. An American asset management firm, Oaktree Capital Management, then stepped in and bought the troubled name. It’s that same firm that bought Billabong yesterday, as Boardriders Inc for a reported $155 million.

The End of Surfwear?

While they’re both legends in the surf community, observers point out that surfwear has evolved. Gone are the surf-inspired shirts and board shorts. Today’s surfers actually surf (natch), often with a decidedly anti-label flair to their wardrobe. They’re also more likely to flock to the second-hand market.

Case in point, Patagonia’s famous ‘Don’t Buy This Jacket‘ campaign, which earned that company more than a few nods of approval.

Still, I think it’s wrong to say surfwear is dead. Is it changing? Hell yes – some companies didn’t get that. It’s one of several reasons why Quiksilver limped off the stock market and Billabong has gladly accepted its life preserver.

The future of surfwear is activewear – and action wear for women. Quiksilver seems to be in agreement with that. Their line of ‘Roxy’ clothing is a sister brand for women that now accounts for 30% of the company’s revenue. They’re more of a ‘board sport’ company than surf retailer as of 2018 – though it may be a while before they’ll go head to head with Burton, Never Summer and these snowboard brands loved by shredrats and snow bunnies alike.