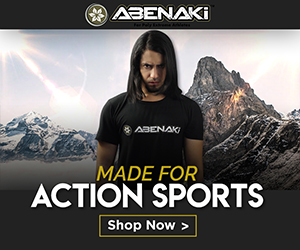 Rock climbing is the act of climbing rocks (shocker, huh?). Well, there’s a little more to it than that. It’s one of the oldest extreme sports – an activity in which climbers scale natural rock formations or artificial rock walls – with evidence linking rock climbing back to at least 200 BC

There are many styles of rock climbing. You’ve probably heard of free solo climbing recently because of Alex Honnold’s record-setting ascent of El Capitan in June 2017. Styles aside, the objective is the same: as a rock climber, you’re trying to reach a summit or an end point of a route that is usually pre-assigned.

Climbing a summit is the hard part. Rock climbers (and mountaineers) rarely descend the route they climb because it’s typically more dangerous than the climb itself. Instead, they’ll usually plan a route with a ‘walk-off’ path, although solo free climbers may rappel back down on multi-pitched routes.

You’ll encounter a variety of styles within the rock climbing community. While the sport continues to evolve, some of the more popular include:

Free Climbing – This is by far the most common term you’ll hear in the rock climbing community. Free climbing is done with with the climber’s skill. Equipment, when used, is for protection only and not to assist with the climb.

Bouldering – This is climbing boulders (natch) without safety gear at low heights (usually 30 feet or less from ground to peak). Bouldering climbers are not completely without climbing gear – they usually have climbing boots, for example – but that’s about it. 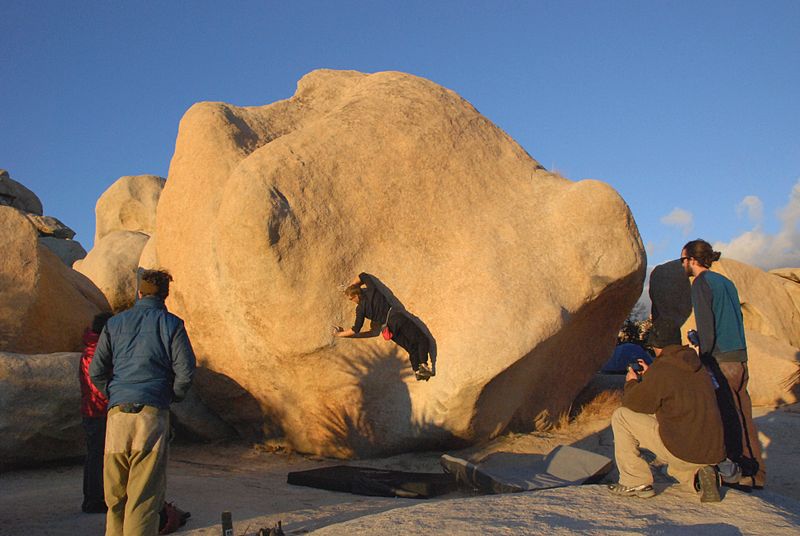 Bouldering can be a good way to learn the basics of rock climbing. Photo Source: Wikimedia Commons

We saw some very intense free solo climbing in Point Break (2015). It was the seventh ordeal of the Ozaki 8 (Master of 6 Lives), in which Bodhi and Utah scaled Angel Falls with no climbing gear. And, of course, you were asked to suspend all logic completely when  they jumped OFF that cliff and survived with little more than cuts and bruises. But we won’t go there…

**Please Note** Some of the product links listed here are affiliate links and we’ll receive a small commission (at no additional cost to you) if you buy a product through the. This helps keep the site going and contributes to the writer’s caffeine addiction, which he needs about 18 billion times a day. Thank you!

Contrary to what Bodhi would have you believe, you need climbing gear – at least while you learn the basics. That means climbing shoes, climbing chalk, and protective equipment.

Among climbing shoes, the La Sportiva Solution is a good option. 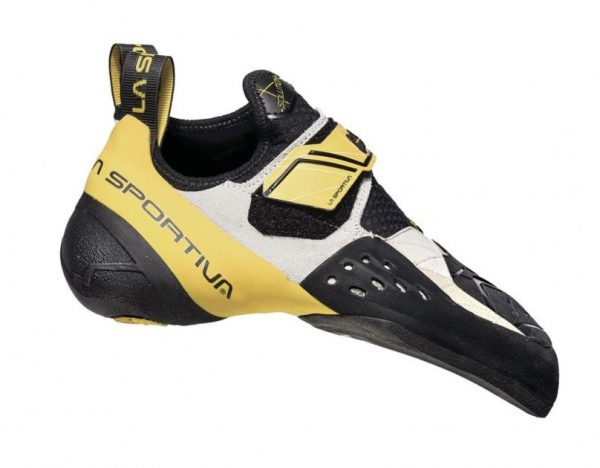 La Sportiva Solution is a climbing shoe with good toe hooking and good edging ability thanks to a well-crafted platform.

Climbing shoes may be a size smaller than your regular footwear because the tightness assists with foot placements and climbing ability. Chalk is a drying agent; it helps reduce sweat on your hands and helps your grip.

If You’re Starting Out…

Think things through. While it’s probably not wing-suit crazy, rock climbing deaths are not uncommon. In 2013, there were 21 climbing fatalities in the United States and 4 in Canada. Should you progress to mountaineering, an accident on a hard climb could mean you’re on your own.

Case in point, the sad case of dead bodies on Mt Everest – a curious, albeit tragic and growing problem on the world’s tallest mountain.

With that cleared up, rock climbing is a highly enjoyable extreme sport, and a kick of adrenaline that keeps many rock jocks coming back. There’s probably little harm in at least getting your feet wet with a trudge up your local climbing wall. Consider these rock climbing tips for beginners if this has you curious: 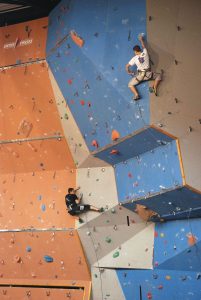 Head to the Climbing Gym – It’s 2017 dude. You’ve got a leg up on your Mom and Dad – you probably grew up with at least one climbing gym near your house. Use it to learn the basics of climbing, rent equipment and talk to others. A climbing gym should be your first step in getting the fundamentals.

Learn the Lingo – Rock shoes, belays, harnesses and carbiners. They’re you’re friends on the rocks, and you’ll need to know them intimately should you dig further in the seductive world of rock climbing.

Practice Your Moves – Another reason you should take a course and become a regular at the climbing wall. Practice your climbing skills before you start scaling.

Don’t Climb Alone – Climbing is a social sport. Much of that is a safety issue. You’re likely better off climbing with others – especially if they’re more experienced than you.

Work Your Whole Body – Remember that climbing is more than arms. It’s the full-on body workout. You’ll use your legs and feet to push off. A strong torso can’t hurt either.

Don’t Let Fear of Heights Stop You – Hey, you’re way up there when rock climbing. I get that, but as respected climber Stewart Green told Popular Mechanics in this article, fear of heights and fear of falling are what keep you alive. So use them.

This blog post is an introduction to the world of rock climbing. Remember that it’s just that – an introduction. Peruse these climbing forums to learn more lingo, techniques, climbing advice and good spots to check out as you progress in skill and experience:

Also, don’t forget that it’s important to learn from the professionals. Take a rock climbing course – a quick Google search will yield many results for ‘rock climbing courses’ in your area. If you’re in the Pacific Northwest of North America, The Mountain School in Squamish, BC (near Vancouver) is one of the most esteemed in the rock climbing community.

Need a little climbing inspiration? You’ll get it in these movies – while the cheesehead factor is high in some of them, the moves are there, along with babes, mystery, and – you know, that whole inspiration thing that makes you want to climb stuff.

CliffHanger (1993)– It’s Rambo. He’s climbing mountains! He’s fighting terrorists too, and, well heck, he even impales a rather poetic-waxing mountain terrorist guy on a stalagmite. “Time to kill a Mountain Man!”

The Eiger Sanction (1975) – Dirty Harry goes rock climbing. No .44 magnums with this one, but The Eiger Sanction is one of the most respected climbing movies even 40 years after it hit the big screen. Eastwood did most of his own climbing stunts on this film, and, fun fact, Dean Potter jumped off the same mountain 34 years later!

K2 (1991) – K2 is the world’s second highest mountain. It’s also a humdinger of a film if you’re a mountain jockey about two Seattle climbers who make the climb and, well, shit goes bad.

Touching The Void (2003) – Speaking of shit going bad, Touching the Void is one of – if not THE best – survival film to date. It’s the true story of climber Joe Simpson who broke his leg in the Peruvian Andes in 1985. What happens next will redefine your understanding of what people will do to get back alive. 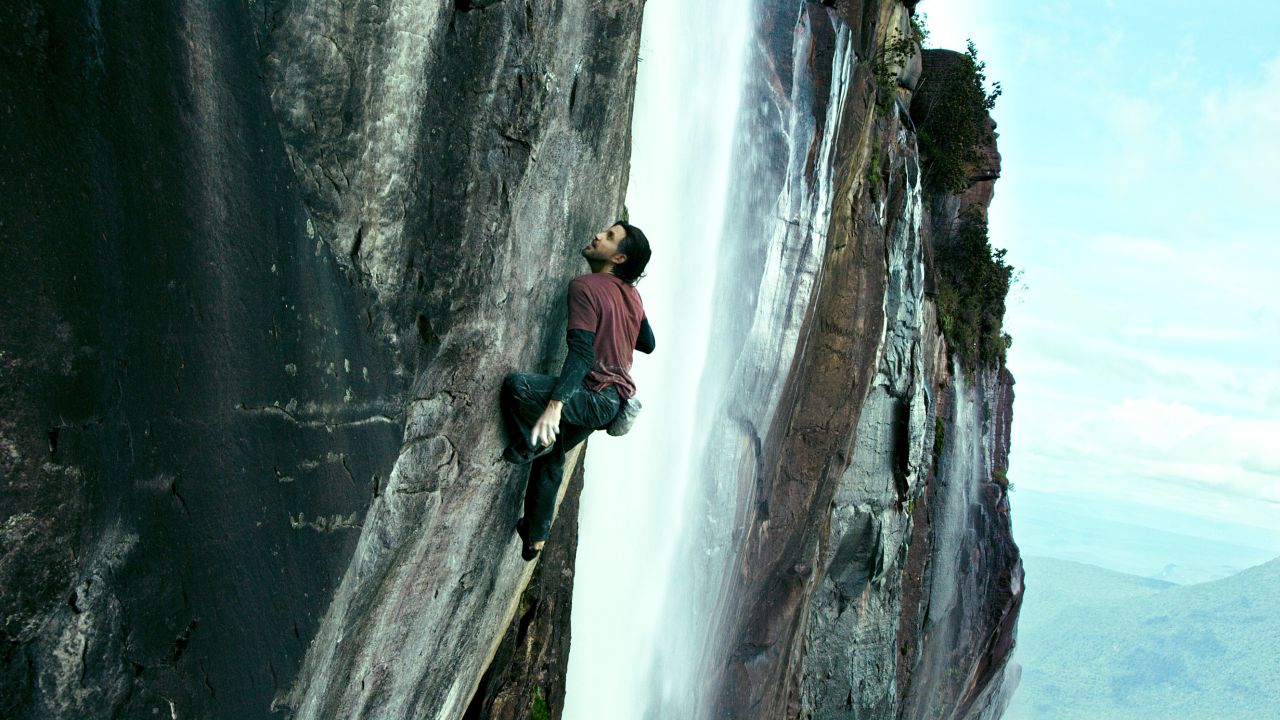 Point Break (2015) – Sorry, but I had to get this in here. It ain’t Touching the Void by any means, but Point Break gets at least one thing right – the free solo climbing skills are among the best you’ll see in a feature film. Bodhi and Utah’s ascent up Angel Falls were done by real life free solo climber Chris Sharma. Plot? There is none. Rock climbing skills? That’s a different story. #MasterOf6Lives

Still reading? Then check this out – rock climbing is about getting out and climbing with others. The following tours are an excellent way to do that. Note these are affiliate links, and I’ll get a small commission if you book them at no additional cost to you. If you’d like to do a little climbing and embrace your rock jock, consider these:

Rock Climbing Lessons in Railay – 5 days of rock climbing and trekking through the splendour of Thailand. Learn more here.

Island Peak Climbing – I’m goin’ to Kathmandu!! You are if you take the Island Peak Climbing Tour. It’s an 18 day (and highly rated) climbing and trekking tour through Nepal, and solid foundation in the basics of rock climbing in one of the most rewarding climb destinations on the planet. Learn more here.