Big wave surfer Francisco Porcella rocked the internet when he tamed a monster wave at Nazare on February 28. Many called it the ride of the year – something I’d certainly agree with – and went so far as to call it one of the biggest ever ridden.

The ride lasted about 40 seconds and was especially notable given how difficult the waves were coming out in that set. Even big wave stud Garrett McNamara didn’t ride that day because of the freakish conditions. Porcella did, and along with brother Nicolo Porcella, is a name to watch among big wave riders in 2017.

Here’s your background on the extreme athlete behind that amazing ride.

2017 Billabong Ride of the Year – Nominee

Background: Francisco Porcella was born in Sardinia, Italy. At 13 his family moved to Maui, where he was bitten by the big wave bug. Porcella cut his teeth here, doing tow-ins (with a jet-ski) at first, paddling later, with a Brazilian crew at Pe’ahi and after at Jaws.

Porcella’s further solidified his craft after watching the March 2011 set at Jaws, which were dominated by Shane Dorion and the late Sion Milosky. Both were part of the resurgence in paddling in to monster sets – something Porcella is equally comfortable doing.

Francisco Porcella at Nazare: The famous ride happened on February 28 during a set of mutant waves with a mind of their own. Nothing was breaking in the ‘rideable’ sense. Porcella was there, along with McNamara, Axi Muniain, Sebastian Steudtner and several others. 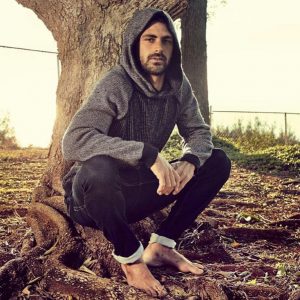 Porcella went out with Muniain and traded monsters before he found himself towing in on a wave he didn’t think he’d get. Watch the video and you’ll see he’s actually quite low (on the crest) for much of the ride.

The rest is history, and went down as the best ride at Nazare in February 2017 – and possibly the rest of the year.

Other Spots: Besides Nazare, Porcella has surfed Fiji, Chile, West Australia and Mavericks in the past year. He was at Mavericks just weeks before his ride at Nazare – and turned an almost guaranteed wipe out into a ‘how-the-f**ck-did-he-do-that’ recovery by sitting on his board for the rest of a wave.

Here’s that Mavericks almost-wipeout video. Mental note – when all else fails, SIT. Then throw your fist in the air and act like a champ.