Check Out These Heli Skiing Jobs in BC

It’s a good time to be looking for heli skiing jobs if you live in British Columbia. The same goes for Alaska, Colorado, or frankly, anywhere with mountains and enough demand to ski them from a helicopter.

If it’s extreme, helicopters will come.

Much of the demand for workers in the heli skiing industry is common sense: it’s winter and the job market is booming. Of course, heli skiing jobs aren’t all beer and skittles. This is ‘work’ we’re talking about (now there’s a four letter word I really don’t like!). But if you’re young (or young-at-heart) and took Point Break way to seriously, heli skiing jobs are abundant at the moment.

Let’s look closer at the kinds of heli skiing jobs that are in demand going in to 2018, and what you can expect from this fascinating (and quite lucrative) niche in adventure travel.

What Kind of Heli Skiing Jobs Are We Talking About?

The work is varied. I’ve got to be honest, it’s not all hopping out of helicopters and snowboarding the Eiger with the cast of Timber Creek Lodge. There’s a lot of grunt work involved here, be it feeding clients or working behind the curtain. Look closer at some of the many positions in this field and you’ll find openings for guides and those in supportive roles.

Google ‘Heli Skiing jobs in BC’ for example and you’ll find positions for:

Ski Guides – The glamorous position. This entails – yup – hopping out of helicopters and snowboarding with the cast of Timber Creek Lodge. You’ll need plenty of experience for this job though, including Level 2 Avalanche Technician, Level 3 Certified Ski Guide, a minimum Level 3 Canadian Ski Instructors Association certification, and to say nothing about at least two years experience as a heli ski guide.

Who’s Hiring: Mike Wiegele Helicopter Skiing, and Intrawest at the moment. That can change, however, so keep an eye on the job boards and aim for this position as a long-term goal if you’re interested – or apply now if you’re a Navy Seal of a ski instructor. 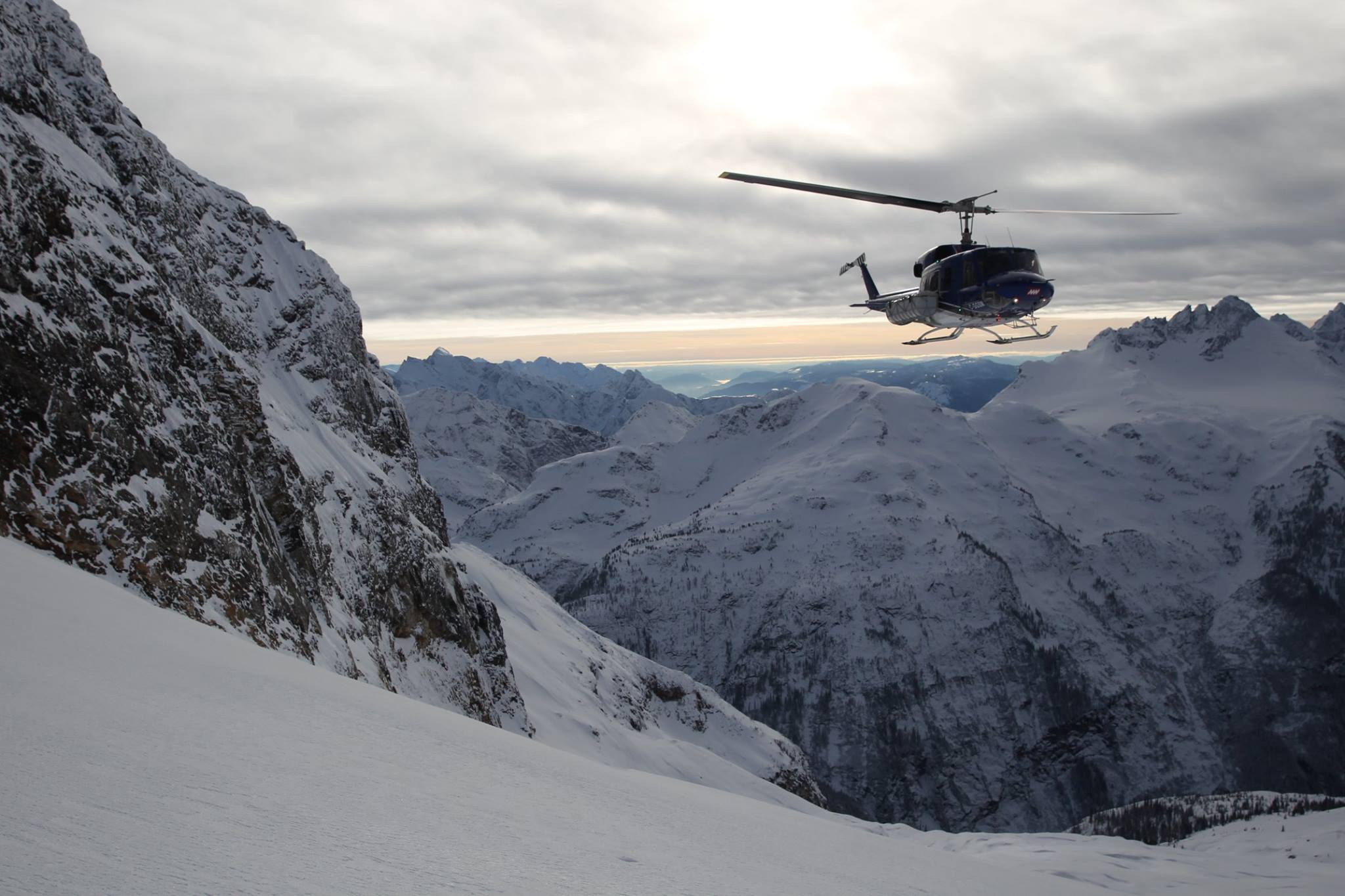 Hospitality Positions – Not ready to make the cut as a heli ski guide? Life is a journey bro. Work your way up like many folks do in a supporting role. Customers need to eat, and bear in mind that heli skiing clients tend to be affluent. Meaning? They like to eat, and sleep and – if we’re to believe Timber Creek Lodge (OK, last reference I promise), drink.

Put those together and it means plenty of jobs in the kitchen or front-of-house, and house keeping to go with it. Think Chef, Servers, Bartenders, Cashiers, Housekeepers and Maintenance – anyone and/or anything needed to keep the wheels turning.

Don’t write this off. You can make respectable money in a hospitality position up on the slopes. Silvertip Heli Skiing in Quesnel BC is advertising a Chef position between $200-$300 a day at the time of this writing. You’ll make tips in hospitality positions too, and they add up quick. You’re also on the ski hill, which lends itself well to living a Life of Ice if you’re keen to embrace your inner ski bunny.

The point being? You’ll have fun working a heli skiing position no matter what you’re doing if you have the right attitude. Work hard, play harder.

Who’s Hiring: Seriously, there are so many hospitality jobs in the British Columbia ski community (with staff accommodation), just Google ‘Heli Skiing jobs in BC’ and take your pick. Or go to Indeed.com and put ‘Heli Skiing’ in the search box.

Maintenance – Remember what we said about grunt work? Someone has to fix the engine, retriculate (is that a word?) cooling systems, plow the snow, service the zambonis and do all that invisible stuff that keeps the wheels turning and fires burning. Yes, we’re talking about maintenance. Titles you’ll encounter here include technician, maintenance worker, mechanic – even engineer.

There’s a science to making dreams come true in the ski industry.

As with hospitality, the work is varied in this field, as does the pay. And yet they’re all required to keep things moving efficiently. More importantly, they get you up and away in the heli skiing industry and the many perks that come with not being stuck in a cubicle.

Who’s Hiring: Intrawest and Mike Wiegele Heli Skiing are both hiring maintenance positions at the moment.

I Want a Heli Skiing Job. Now What?

Let’s not beat around the bush. You’re here because you want to make $5,000+ a month to ski from a helicopter, right?

You need a lot of experience to get to that point. But if you’re willing to put in the effort to get there, start with a ski instructor course. This school offers training programs for budding ski studs in Canada, New Zealand, Japan, Switzerland, and the United States:

You will also need avalanche training. But start with the ski instructor course – it might be part of the curriculum.

Not ready to take a ski instructor course, but still want to work in the industry? Start lookin’ for jobs, bud. If you’re already qualified through the nose as a Class 186 Ski Avalanche Ninja, apply for one of the ski guide jobs we’ve talked about. Beyond that, consider a hospitality or maintenance-type job. You’re pretty much assured of something if you put your name out there and can legally work in Canada (or any heli skiing destination, like Alaska or Colorado).

In particular, you can look for heli skiing jobs at:

Did I say I would can it with the references to Timber Creek Lodge? I lied – you’re getting one more because I’ve been watching this show too much for my own health of late and because I am incredibly devious.

Plus, well, it’s my blog, and I’ll do what I want. How do you feel about that?

While probably scripted, the show captures the dramatic twists and highs (and more than a few lows) of working at a high-end ski resort. Yes, there’s some heli skiing in it too, which is why I’m squeezing it in a blog post about heli skiing jobs in BC. That and the fact that it’s one of my guilty pleasures and I probably need to get out more.

Still, employment in the heli skiing industry would be fun, varied, rewarding, and potentially quite lucrative. Watch those listings and think about it – especially if you’re young, stoked and not afraid to take an alternate route in the journey of life.