Read This Before You Dive With Great White Sharks at Guadalupe

Seven years after shark diving with great whites at Guadalupe, it remains one of the top 3 experiences of my life. Things change when you come within two feet of a great white and experience the thrill of making eye contact with the ocean’s top predator. You look at a great white, it looks at you, and you’re not the same person. That’s a good thing, believe me, because it puts things in perspective. You’ve got new eyes now, mental clarity, and most people would say, a good set of cojones.

So I want to reflect now that it’s been seven years since I made acquaintance with Bruce, Shredder, and the other great white sharks at Guadalupe in October 2007. I want to share with you my thoughts on WHY you should do it, how it works, who to do it with, and who to avoid.

Why You Should Cage Dive With Great White Sharks at Guadalupe

This is a book in itself. For me, the great white shark was the single most beautiful, enigmatic, foreboding and misunderstood creature on the planet. I saw JAWS when I was 11 and wouldn’t go in the bathtub for a year after that (yes, that’s true – I showered instead). But as I grew older, my fear turned into awe. I dreamt about the white shark as I grew older, in sleep and during the day. They came to me when I slept, during difficult times and even just when I had questions about life in general. Looking back, I am convinced now that the great white shark is my spirit animal. In times of need, it comes to me. I need to see the great white shark. And judging my the popularity of great whites on this blog, many people do too. 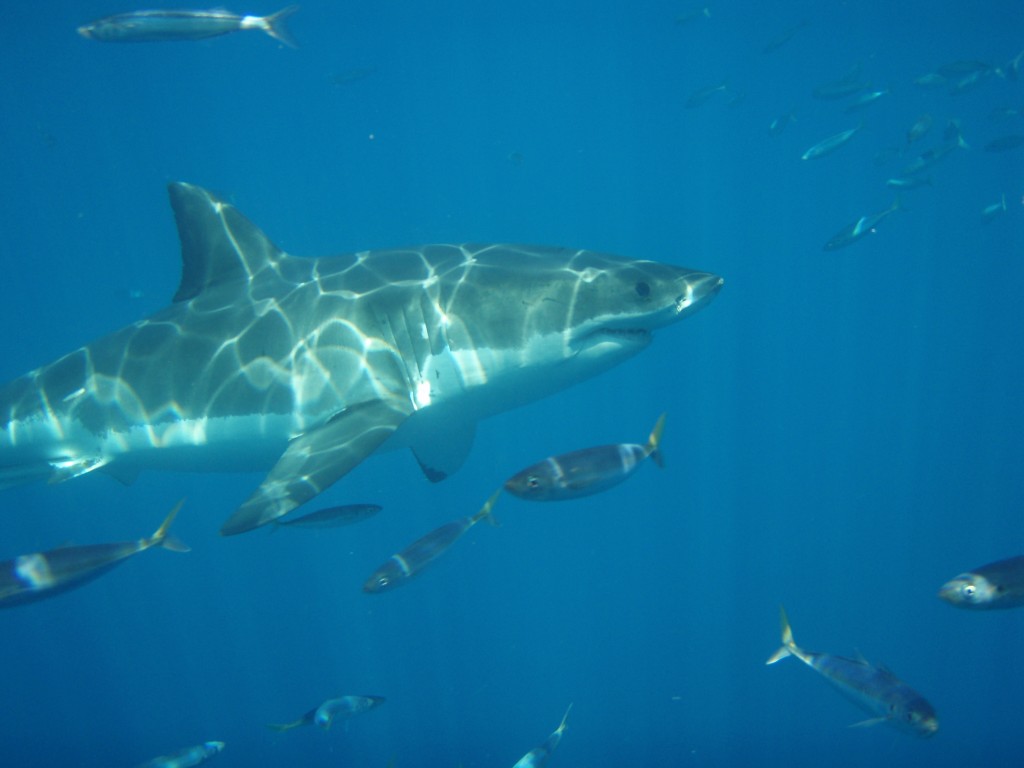 You should dive with great white sharks at Guadalupe because they are the single most amazing creatures on Earth. I think back to a quote I heard from St. Augustine: “the Key to immortality is first living a life worth remembering”. What do your friends do for kicks?  Have any of them seen a lion outside of a zoo? Have they ever BASE jumped or did something that, looking back, they think of with adrenaline and exhilaration?

Dive with great white sharks because you’re your own person. Not because none of your friends have done it (which, they probably haven’t), but because, to borrow a cliche, life comes down to a few moments. You pick the ones you take when you leave this life. Take the plunge, put the money down, book the time off and see what it’s like to look into the eyes of a great white shark.

OK, So HOW Do I Cage Dive With Great White Sharks?

You book a spot on a boat that specializes in cage diving with great white sharks. The hot spots are southern Australia, South Africa and Guadalupe Island. The latter is about 220 miles south of San Diego, off Baja California – an easy plane ride and a 24 hour boat journey for most people in the U.S. and Canada.

I dived with great white sharks at Guadalupe, and I suspect most folks in North America will find this option the most convenient. You’ll generally pay between $3000-$4000 for the experience, which typically lasts five days (one day from San Diego to Guadalupe, three full days diving, one day back).

There are one day great white shark experiences at the Farallon Islands off San Francisco. I don’t know much about them, though I have heard the visibility is not great. That’s another benefit of diving at Guadalupe – on a good day, visibility can be close to a hundred feet. The water is warm, and the area is really beautiful.

Cages for beginners are suspended off the stern of the boat. These are called ‘Surface Cages’.

You don’t need to be scuba-certified for these because you’re breathing surface-supplied air. You dive in shifts, which generally last about an hour, before the dive master taps on the cage and you climb up and wait for your next dive. 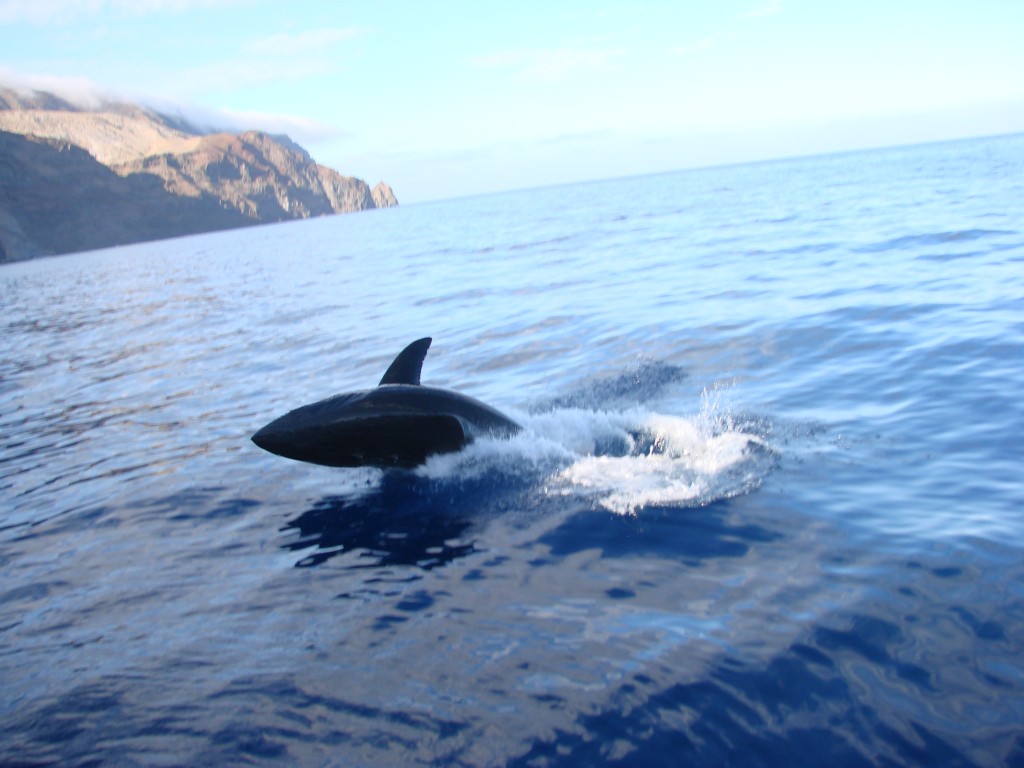 This great white shark breached next to our boat at Guadalupe in October 2007.

So it it safe to dive with Great White Sharks? Cage Diving here speaks for itself I probably saw about 30 different sharks, and maybe two of them were semi-aggressive. Many of the sharks were quite mellow, and were almost shy – a far cry from JAWS (thanks for that, Steven Spielberg).

Yes, accidents have happened, but they’re pretty much caused by human error in the few times they’ve occurred. I’m not aware of a single injury to a cage diver at Guadalupe in the two decades of divers hitting the water with Great Whites at this special location.

Who You Should Dive With

You’ve got many choices for cage diving at Guadalupe. My experience is with Shark Diver and The MV Islander. I recommend both, though I’m probably a bit more loyal to the Islander simply because I was on their boat. They were friendly, safe, and always up for a chat about great whites and the area in general. We saw a shark breach completely out of the water, and got a picture no less! We saw sharks on each dive and the food was amazing.

Further good live aboard diving boats at Guadalupe are MV Horizon and Nautilus Explorer, among others. I’ve written a further blog post about shark cage diving in California (which is where the Guadalupe-bound cage diving boats depart) that may be of interest as you make your decision.

Note the links to MV Horizon are Nautilus Explorer are affiliate links. If you book a tour through those links, I’ll receive a commission at no additional cost to you.

Finally, I’ll conclude by saying that I DO NOT recommend diving without a cage with great white sharks. This is common sense (um, DUH). Great white sharks are not man-eaters, we know this, but they’re still apex predators. There is one operator who does this practice, and I will not name him for liability reasons, but he’s flirting with disaster. Go with an experienced operator who puts safety first. The great whites will come, and delight. And you will be a more complete person for it.