Extreme sports is exciting. The stock market is not – at least for most people. Successful investing is boring, and that’s something I typically agree with. Yet the emergence of extreme sports in today’s adrenaline-seeking and selfie-loving society opens up new doors for investors who want a little diversity – something they don’t always get with the TSX/Composite or even the S&P 500.

Suffice to say, you might be surprised to learn there is an Adventure Sports Stock Index. It’s called the Transworld Business Adventure Sports Index (TWBASI). Yes, you really can invest in extreme sports companies, and make a good return from consumers who can’t live without the thrill of adrenaline.

Keep a few things in mind before we go further. This is an extreme sports and travel blog. I am NOT an authority on investing and only mention these companies for you to consider as part of your comprehensive investment plan.

That’s something you’ll want to create with a financial advisor, who can develop your plan based on your risk tolerance and horizons. 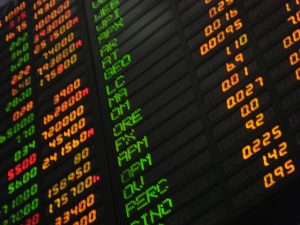 Still, there’s little harm in at least adding these companies to your Watch List and see how they perform in 2016 and beyond. Extreme sports is a booming niche; one of the stocks on the TWBASI returned a booming 268% in 2015 (Billabong). There’s opportunity here for some investors. The question is, once you’ve spoken with your financial advisor and done your own analysis of these stocks, are you one of them?

You know all about GoPro if you peruse this blog – both its extreme videos and the stock’s extreme plummet. GoPro topped out just over $85 in October 2014. It’s currently at $12.60.

What They Do: GoPro makes sports cameras that extreme athletes wear while skiing, snowboarding, BASE jumping and other ways folks get their adrenaline. Those videos often go viral, and have made GoPro the leading brand in extreme sports videos, although there are concerns that it can’t compete with cheaper smartphones, which may have similar technology in the future.

GoPro recently teamed up to share its streaming expertise with Periscope, the social media app, and is rumored to have its first action drone, Karma, for launch by June.

Learn More At: Their Investor Relations Center – and enjoy the view while you’re there.

Like GoPro, SkullCandy is a beloved brand in among the epic crowd. Also like GoPro, their stock has taken a beat-down since its IPO in 2011, from $20 to just a hair under four bucks as of March 18, 2016. That may be an opportunity though because SkullCandy is making a profit and its P/E ratio is at a reasonable valuation. 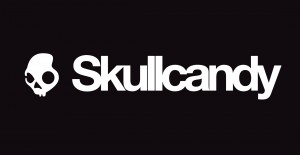 What They Do: SkullCandy makes headphones, earphones, hands-free devices and mp3 players. Just look at their logo and you’ll see that SkullCandy is heavily slanted to the extreme sports crowd – particularly skateboarders and folks who love snowboarding. Think of it as an extreme athlete’s Apple, with an eye on the radical set and the juice they can’t live without.

**UPDATE: SkullCandy was acquired by a private equity firm in October 2016 and is no longer a public company**

You quintupled your money if you bought Vail Resorts in the dark days of October 2008 and held on to it since. The Colorado-based ski resort company went for just under $25 at its low point; it’s at $127.28 as of this writing. The company produced a very-welcome 36% increase in stock value during 2015, making it the highest-return American-listed stock on the TWABASI last year.

Learn More At: Their Investor Relations Center. No, that’s not in some cozy resort with a fire crackling with brandy served (though that’s not a bad idea for an annual shareholders meeting…).

I’ve got kind of a nostalgic connection with Dekkers Outdoor Corporation. Way back in July 1989, my Aunt Susan bought me a pair of Teva sandals while on vacation in Sacramento. I’ve still got them today, and Tevas remain the flagship product of Dekkers, which had its IPO in 1993 and continues to solidify its reputation in the extreme sports community. 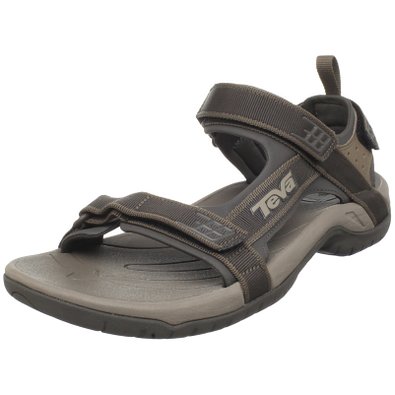 What They Do: Dekkers makes outdoor footwear, apparel and accessories. Teva is probably their best-known product, though they own UGG Boots Australia, and sell their products online and at company-owned retail stores in more than 50 countries.

You’ve heard of Oakley and the legendary Ray Bans, but I’ll bet a shiny new nickel you can’t name the company behind those brands. Here’s a hint – it’s an Italian company called Luxottica, which makes eye wear for extreme sports, fashionistas, regular Joes and a thousand folks between.

What They Do: Luxottica makes and licenses many, if not most, of the most dominant brands in the eyewear business. Think Ray Ban, Sunglasss Hut, Lenscrafters, Chanel, Prada, Armani. And Oakley, of course, which is why you could call it an extreme sports stock. The company is based in Italy but also trades on the NYSE.

Tilly’s is an outdoor/action/extreme sports clothing company based in Irvine California. They’re based primarily in the United States – and California in particular – with just over 211 retail locations. They hope to hit 500 stores at some point in the future.

What They Do: Tilly’s sells extreme sports apparel, like Billabong, O’Neill, Vans and Volcom. They’re big into Levi’s too, and have their own house brands, including Blue Crowd, RsQ and Micros.

This one needs no introduction. Nike is by far the biggest extreme sports public company on the stock market. It’s a full-on blue chip stock and sits prominently on the S&P 500. Love it or otherwise, you can’t deny Nike makes money. The Portland-based juggernaut had a 34% increase in its stock price last year and is known the world over for its iconic swish logo. Just do it, dude. 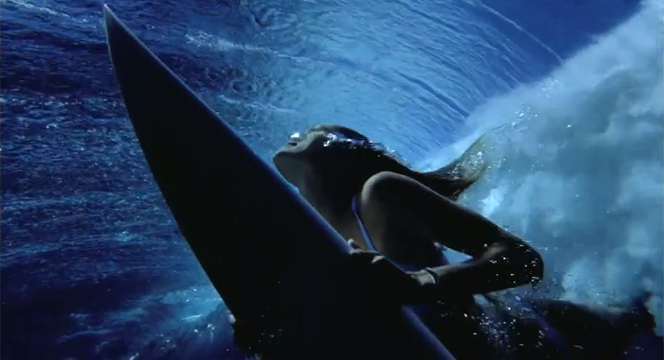 What They Do: Come on, really? Well Nike started back in the day as a running shoe maker. Now they make footwear, clothing, accessories, equipment, and extraordinarily high-paid celeb endorsement videos. Very notably, Nike is also dipping its toes in the extreme sports market – the image above is from its campaign, ‘The Chosen’.

Learn More At: Head to its Investor Relations department.

The Extreme Sports Stocks I Would Buy…

Spend any time on this blog and it’s pretty obvious I’m a GoPro nerd. But even I have some reservations about that company. GoPro is going to make their money with content licensing and (maybe) drones and related technology. Their cameras seem to be stagnant at the moment – both with sales and the software they use. Still, the fundamentals are there; GoPro has no debt and is dominant in the growing field of action cameras.

With that in mind, my top 3 picks for the stocks we’ve talked about are:

Deckers Inc – Maybe it’s my 26 year old Tevas, but I like companies that make stuff rather than third party distributors. Deckers’ stock appears to be on the rebound after a two-year fall, and that P/E ratio falls in right where I like it, between 13-17.

SkullCandy – The P/E ratio is a little high, but SkullCandy is dirt cheap at the moment ($3.95 as of this writing!), and its valuation is lower than GoPro.

Luxottica – They’ve pretty much cornered the eyewear market, and while most of the stocks we’ve talked about here are cyclical, everyone needs eyewear. The stock is down almost 16% on the year too – which makes it cheaper.

Remember, I’m not a financial advisor or stock broker. I’m just some dude who loves extreme sports and has a rather unhealthy habit of checking the stock market every 15 minutes. This blog post is for you to do your own homework, and possibly consider these stocks we’ve talked about after speaking with your financial advisor and doing your own technical analysis. They can add diversity to a balanced portfolio and, just maybe, funnel cash from the extreme sports niche straight to your bank account.

That’s an adrenaline rush that I’m sure you’ll enjoy!