Hopefully you’ve got a little more than that, but it’s a sobering thought. You’re a year closer to the end of your time in this world with each new calendar. Morbid? Yes – but that’s why, to quote Steve Jobs, “Remembering that you are going to die is the best way I know to avoid the trap of thinking you have something to lose. You are already naked. There is no reason not to follow your heart.”

Now that we’ve put that on the table, let’s talk about bucket list ideas for 2018. Yes, I realize that life gets in the way, to say nothing of bills, jobs, and other things that can make life challenging. But that’s the point – you get one trip in this thing called life, and the end comes much sooner than some of us would like. So let’s put this out there. Here are 7 bucket list ideas to consider for 2018:

Overview: Surfing isn’t the easiest thing to do, but anyone who’s ever connected with a wave on a surfboard will tell you it’s one of the most amazing. And truthfully, you can learn to surf anywhere – I hopped on a board for the first time in Tofino – but do it Down Under and it’s warm, exotic, and an incredible experience you’ll remember for life.

Location: Mojosurf Australia offers a variety of surfing programs based out of Byron Bay. Arguably their best surf camp is their ‘7 Day Livin’ the Dream’ adventure, which takes you up the Australian southeast coast where you’ll finish in – where else? – the biggest city Down Under, Sydney itself.

When to Do it: From August until March. Yes, you really can go surfing in January – and you don’t need a wetsuit to do it! 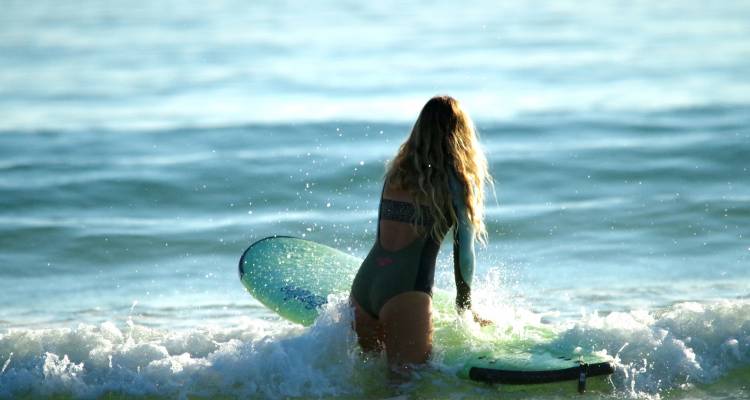 What You’ll Pay: The 7 Day Livin’ the Dream Adventure costs $729 Canadian dollars. That gets you 7 days of food, lodging, transportation and a week of surfing in arguably the best place on the planet to learn the art of surfing.

That’s even more of a value when you consider the cost of backpacking independently in Australia – you could easily top that in just a week if you were travelling yourself.

Just remember that experiences are more rewarding that toys and cowboy up to take this highly popular surf camp in Australia, and remember, you’ll get a 5% discount if you book it through the link below.

Next Steps: Go to TourRadar.com here and enter ‘7 Day Livin the Dream Surf‘ in the search field. Your discount will be applied automatically if you do it through that link. Hey, it’s money saved, and will buy you a few drinks when you’re out for a night of carnage.

Overview: While we’re in this neck of the woods, there’s another tropical country that should be on your bucket list. That’s because it’s beautiful, packed with history, it’s warm and it’s changing quickly. Canadians will also like their dollar goes a long way here in this day of lousy conversions against the American dollar (they use the Cuban Convertible Peso). But Cuba is changing – that’s why you should visit soon.

Location: Cuba is in the Caribbean, just 90 miles south of Florida, and a short jaunt to Cancun to the west. It’s an easy flight or two away from most Canadian cities. You can fly direct from Vancouver and Toronto.

When to Do it: Cuba’s high season is from November to mid-March and again in July and August. But whenever you go, do it soon, because it’s quickly getting built up for mobs of tourists.

What You’ll Pay: Surprisingly little. Cuba all-inclusive vacations typically start around $750 Canadian. A better approach may be to budget $1,500-$2,000 CDN for two weeks in this charming little country swathed in beaches, Mayan and communist-era relics from the 1950s.

Next Steps: Try TourRadar. They’ve got an excellent choice of Cuban Tours – and use that link to get a 5% discount. Hey, it adds up!

Overview: If you can’t get enough of The Walking Dead, why not spend 7 days on a boat with them? Brains and human flesh aren’t on the menu (from what I can tell…), but you’ll get plenty of zombie action if you take the Walker Stalker zombie cruise that departs Miami, and you’ll actually meet some of the cast from your favorite undead show on cable!

Location: You’re on the Norwegian Pearl cruise ship, which departs Miami and sails to Grand Bahama Island for three days of carnage and enough zombie bucket list carnage to give George Romero a healthy grin.

When to Do it: This year, the Walker Stalker cruise is from February 3-17 (and it’s full, though there’s a waiting list). But assuming it goes well, it’s a good bet there will be more zombie cruises in the future – assuming the zombie apocalypse doesn’t come first.

Next Steps: Keep an eye on walkerstalkercruise.com for information on more cruises in the not-too-distant future.

Overview: It’s hard to imagine while we’re in January, but the days will get longer and the sun will come out. The ancients believed that on that day, when the promise of Spring changed to the brightness of summer, that the void closed between our world and the universe. The summer solstice became a day of celebration and otherworldly rituals. Say what you want, it’s a heckuva party, especially in the northern hemisphere, in places like Alaska, Iceland, and the Grand Daddy of Summer Solstice fun, Stonehenge in England.

Location: There are summer solstice celebrations all over the planet. In Toronto, the Junction Summer Solstice Festival is a hoot. Iceland throws an epic Midnight Sun Music Festival, but my favorite remains the celebrations at Stonehenge in England, which can be accessed by bus from Salisbury. That’s an easy jaunt from London.

What You’ll Pay: Transportation to your destination of choice. June airfares start to get expensive, so book in advance, from one-and-a-half to five-and-a-half months before you leave to get the best fare, according to FareCompare.com. Also, fly on a Tuesday, Wednesday or Saturday.

Next Steps: Read my article on the best Summer Solstice festivals to learn about some of the biggies, and which of those might be your best bucket list material. My money would be on Stonehenge or Iceland.

Overview: You knew this was coming didn’t you? Of course – great white sharks are fascinating, mysterious and beautiful creatures on many a bucket list. I had the privilege of cage diving with white sharks back in 2007 and I’m a better person for it.

Location: Guadalupe (off Baja California), South Africa and Australia are the three hot spots for great white shark diving. I did my experience at Guadalupe, which saves you a trans-oceanic air ticket if you’re reading this in Canada or the United States.

When to Do it: Guadalupe white shark diving season is from September to November. In South Africa it’s April to October and it’s year-round in Australia.

What You’ll Pay: Expect to pay about $3,000 USD for the five day live-aboard experience in Guadalupe. Note that airfare is not included, so when you tack that on in North America, the whole thing should cost about $4,000 USD.

Next Steps: Read my review of cage diving with white sharks at Guadalupe. Then talk to an operator. Shark Diver and The Islander are both good.

Overview: Your budget will like this option. Bungee jumping features on many a bucket list because it’s both convenient and exhilarating. You can easily cross this off your list in 5 hours and with less than $200 if you live near a major city like Vancouver or Ottawa. You’ll also have a video of you screaming like a wuss to watch later with your friends.

Next Steps: Read up about Canada’s best places to go bungee jumping. Then grab your balls and take the leap in 2017.

Overview: This is another budget-friendly bucket list option if you live here in Canada (and the United States as well) that gets your heart racing in the wild and at a price that won’t put a hole in your wallet. There’s lots of camaraderie with whitewater rafting too, if you take a tour. Bonus: you’ll meet plenty of girls in bathing suits, which doesn’t hurt if you’re a single guy.

Location: This is Canada dude! You can go whitewater rafting anywhere. BC and Ontario have a good variety of companies that will take you out if you’re a noob, although the one that really impresses me is on the Ottawa River. 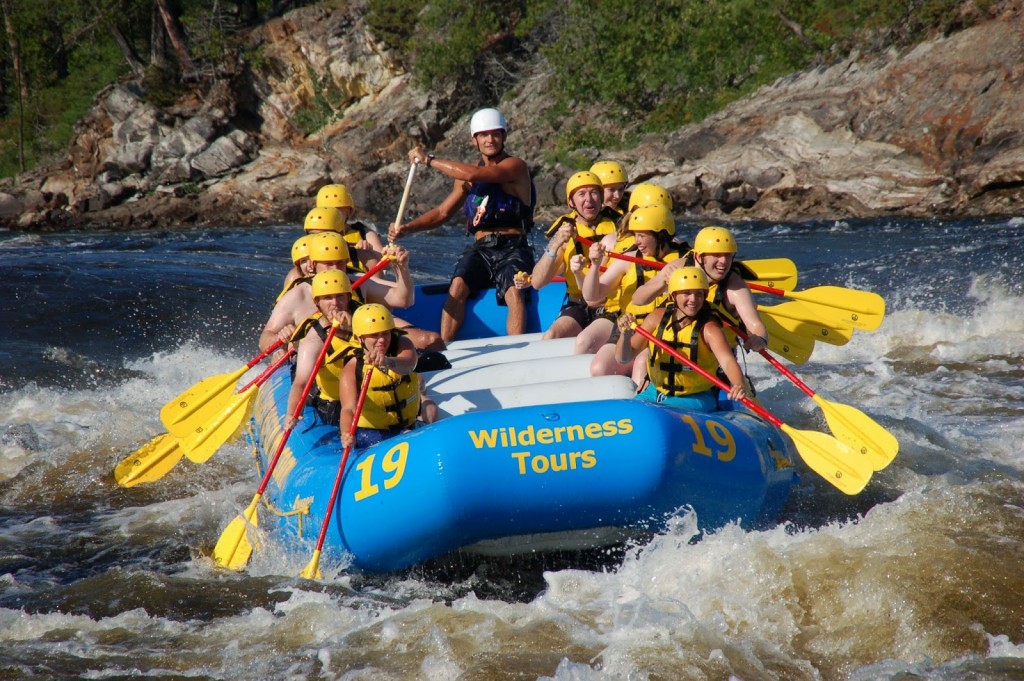 What You’ll Pay: Prices start around $129 for a day of rafting, and can head north of $700 for five days of white rafting action, depending where you live.

Next Steps: Just Google ‘Whitewater rafting’ for a list of operators in your area. Of course you can do this yourself or with friends, but it would be a lot of fun to do this with other city folks looking to get wet for the first time. Some operators have ‘Rafting Resorts’ – check out Reo Rafting in BC, or my personal favorite, Wilderness Tours in Ottawa.

That looks like a lot of fun and makes a lot of sense if you’re looking for a bucket list ‘stay cation’ in Canada while the dollar takes a drubbing.