6 Snowboarders to Watch at the 2018 Winter Olympics

OK Point Break fans, it’s time to sit up and watch a little TV. Normally, I’d call that a waste of time, but you’re about to be treated to some epic snowboarding at the 2018 Winter Olympics in the next two weeks.

Granted, it’s the Olympics – not a GoPro shred rat convention. But some of the best snowboarders on the planet will be there, including big names like Shaun White from the United States and Mark McMorris from the Great White North.

These 6 snowboarders could do some damage at the 2018 Winter Olympics. Watch out for them – you’re in for a treat when they take to the slope. 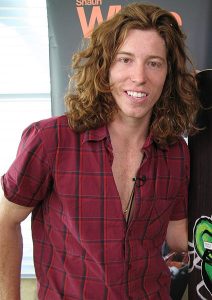 Two-time Olympic snowboarding medallist Shaun White has 13 Winter X Games gold medals. Like McMorris, White is one of the top 5 most famous snowboarders on the planet. Also like McMorris, he was in a devastating crash last year that could have ended his time on a snowboard. The 2018 Winter Olympics will be White’s fourth Olympics, and he has little to prove.

Still, that’s partly the point. At 31, and with one of the biggest names in the business, Shaun White will be an athlete to watch.

Red Gerard brings new blood to the 2018 Winter Olympics. At 17, he’s been to the Winter X Games twice and is already drawing some comparisons to Shaun White. Sponsored by Red Bull and Burton, he’s really fun to watch, and could be a fixture on the US Olympic snowboarding team over the next decade.

Speaking of new blood, another 17 year-old American snowboarder made the cut for the 2018 Winter Olympics. Korean-American Chloe Kim won two gold medals at the 2016 Winter X Games and is the only woman to land back-to-back 1080s (a front-side spin), which she did at the 2016 U.S. Snowboarding Grand Prix. She’s captured the hearts of many observers. This will be her first Olympics. 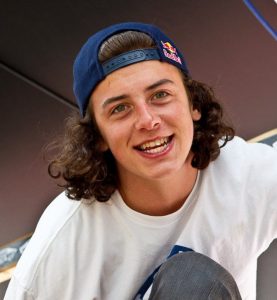 Mark McMorris, from Regina, Saskatchewan, may be Canada’s best hope for a Gold Medal in Snowboarding at the 2018 Winter Games. Photo Source: Wikipedia.com

Canada’s Mark McMorris is one of the biggest names in the snowboarding world. He won back-to-back gold medals at the 2012 and 2013 Winter X Games and is the first boarder in history to do a backside triple cork 1440. Plus, he’s on your Cheerios box at the moment.

There was some concern an almost-fatal injury in March 2017 could have ended his shot at the 2018 Winter Olympics, but he’s here now. And, hopefully, will do some damage for Canadian snowboarders.

Be honest – England’s not the first country that comes to mind when you think snowboarding. 20 year-old British snowboarder Katie Ormerod faced many challenges on her journey to represent the UK at the biggest games on the planet. But she’s got the resume to do it – among other things, she’s one of only five women to land a double backflip. She’s been called the UK’s best chance to land a medal at Pyeongchang – something she could very well pull off.

Norwegian Stale Sandbech brings a little Scandinavian love to the 2018 Winter Olympics. This isn’t his first rodeo – Sandbech represented in 2010 and again in 2014, winning a Silver Medal for Men’s Slopestyle in the latter. With close to 250,000 followers on Instagram, he’s one of the best-known snowboarders at the 2018 Winter Olympics, and will be one of the top athletes to watch as we look to Pyeongchang.