3 Extreme Adventures You Can Do in October

October is an interesting time for extreme athletes. It’s too late for summer sports. Yet it’s too early to dust off your snowboard and run like a bunny to your local ski hill.

Prey tell, how does an extreme athlete/adrenaline junkie get his/her fix in the month of October?

You might be surprised to learn there are extreme sports that are specific to Autumn. Yes, hockey is back (Go CANUCKS!!), and it’s tempting to write October off as ‘Halloween’ and your Heath Ledger Joker costume, but you don’t have to. These three extreme adventures are best done in October – yes, October – and may fill your adrenaline tank in this transitional month.

A little clarity before we delve further. This list is written primarily for those of us in Canada, the U.S. and the northern hemisphere (that’s YOU, United Kingdom, Netherlands, Sweden and Germany). October is epic surf time in Australia and South Africa. If you happen to abide in those nations, disregard this blog post and enjoy your day.

Also, these are unique adventures to a specific area. Skydiving is typically a summer sport, yet October is prime time to jump out of an airplane in the area we’re about to discuss. What area is that? Glad to asked… 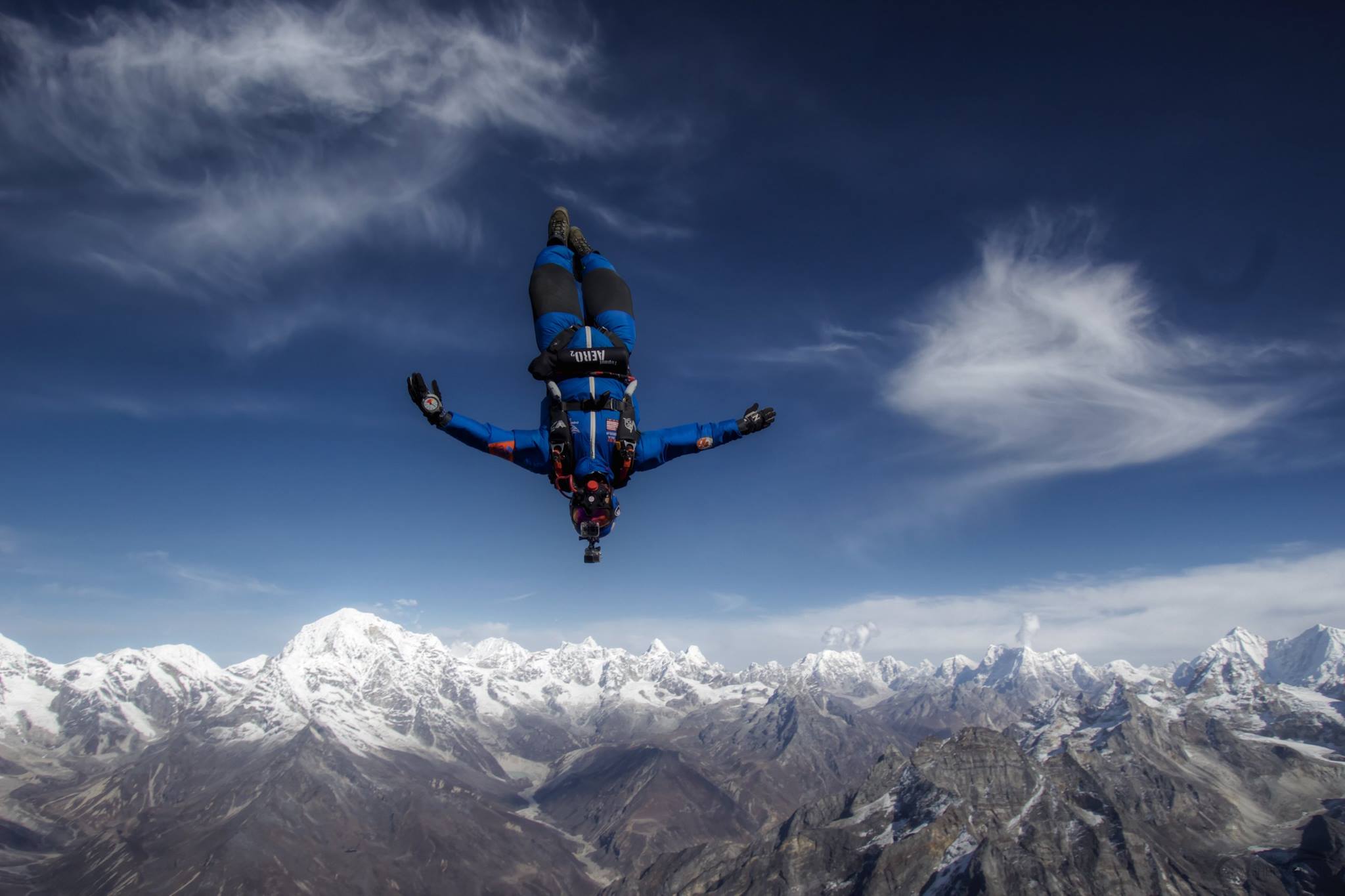 OK, so this isn’t something you do on a whim. Skydiving at Mt Everest is one of the most intense jumps on the planet and probably not done by novices – even as a tandem jump.

And of course, the $25,000 price tag could make this a little prohibitive.

Still, we’re talking about extreme adventures that are ideal for October. Skydiving is a summer sport, but given the conditions at Mt. Everest, the ideal time to jump at the world’s highest drop zone is October to November, says Everest Skydive.

If you’re an experienced skydiver, and have the means, hey, you only live once, right? A Mount Everest skydive may be right up your alley.

Next Steps: Personally, I wouldn’t skydive Mt Everest without dozens, if not hundreds of jumps on my skydiving resume. But don’t let that whole ‘Autumn’ thing deter you from getting started – it probably can’t hurt to try indoor skydiving. Check out iFly Toronto if you’re in the GTA, and read this to learn more about indoor skydiving in New York City.

I’ve yet to jump out of an airplane, but I’m very familiar with shark diving. Ten years ago, I went shark cage diving at Isla De Guadalupe, in which myself and 15 other divers donned wetsuits, submerged in stern-mounted steel cages and, well, waited for sharks.

It was an experience that changed my life, and inspired me to start the blog you’re reading today.

The cage diving season at Guadalupe runs from September to early December. With that said, there’s definitely a window for ideal conditions every year. The sharks are still migrating to the island in September, and November has very big sharks, but the seas are choppy, and visibility can be an issue.

The best time to view great white sharks at Isla De Guadalupe? You guessed it – head down in October for a (usually) calm voyage and plenty of sharks at the island to say hello.

Next Steps: If you’re up to it, book a tour. Cage diving at Guadalupe is a 5 day expedition – unlike the shorter great white shark tours from Los Angeles and at the Farallon Islands. I went with Shark Diver, who chartered The Islander. Both companies are well-established and help set up the shark diving operation at this island off Baja California.

Halloween Horror Nights is not an extreme sport (unless you think zombie hunting needs its own GoPro channel). But it’s a growing tradition in recent years for many thrill seekers in North America.

Like the name implies, Halloween Horror Nights is a collection of scare zones, haunted houses and live entertainment to give you the goosebumps.

Canada’s Wonderland’s Halloween Haunt is in Toronto and takes place over 14 night in September and October.

Halloween scare nights are best for the 13+ crowd and probably not recommended if you’re the jumpy type. They’re an October tradition though, and a fun, if not slightly ghoulish way to be extreme in the dark nights of Autumn.

Next Steps: Most theme parks have their own Halloween events. Look for the nearest theme park where you live. That said, the best selection will probably be in the Los Angeles area, where Disneyland, Universal Studios and Knotts Berry Farm each do something different.